On July 2 this year, the United States released a large-scale “cool film” “The Tomorrow War” on the Internet.

This film received a lot of attention when it was first promoted. In order to be able to be shown on the Internet, Amazon also spent a huge amount of 200 million $.

And the production of “The Tomorrow War” itself is very expensive. It can be said that the special effects of every frame and every second are spent with money.

After the film was released, it also received a very high degree of heat, so what about this “The Tomorrow War”?

Let’s take a look at some topics about this film together.

The plot of “The Tomorrow War”

This film was directed by the director Chris McKay.

This director has directed the “The Lego Movie” series and the “Robot Chicken” series at the beginning, and can be said to be a capable director.

And the starring actor Chris Pratt and the director are brothers, so the two had also cooperated at the beginning. Chris Pratt dubbed the characters in “The Lego Movie”.

But this movie is not the work that Chris Pratt is known to fans.

When he was known to everyone, he played the role of “Star-Lord” Peter Quill in Guardians of the Galaxy.

And in “Avengers III”, he also appeared as “Star-Lord”, so for “The Tomorrow War”, everyone is most concerned about the “Star-Lord” actor.

This film tells the story of Dan Forester, a veteran played by Chris Pratt;

Dan has not been able to find a suitable job after retiring, so he is very depressed.

But fortunately, he has a happy family, and every time he returns home; after seeing his wife and daughter, his emotions eased.

But when Dan was watching the game with his family, he suddenly saw a light appearing on the court, followed by a group of heavily armed people.

Among this group of people, a female leader explained the situation. They came across thirty years later.

Thirty years later, there will be a wave of aliens attacking the earth, so they came thirty years ago to seek help, intending to take the current people to join the army in the future.

Defend the earth, and this war is called the “Battle of Tomorrow”.

And Dan knew that he would die in seven years, so he planned to make some contributions to mankind all over the world and chose to go to the future.

After Dan also arrived in the future, he led the army to fight the aliens with his rich experience in the army.

And during this period, he also saw his daughter who will grow up in the future.

So such a work about family affection and war against aliens is presented in front of everyone;

So what’s the evaluation of this film?

Evaluation of “The Tomorrow War”

Although in the first half of the literary play, it seems a bit too long. But after Dan’s crossing and the appearance of alien creatures, it can be said that it was officially “cool”.

The production of various special effects scenes is very good; it can be said that it is indeed an excellent “popcorn” movie.

From the perspective of the whole film, it can be said that “The Tomorrow War” is indeed a work prepared for the big screen.

Because the scenes are too suitable for watching on the big screen.

But the only disappointing thing is that it was released on the Internet, so it was no longer on the big screen.

Its special effects scene is very grand, and it can be seen that the producer is willing to spend money. But the plot is still very weak.

For example, it still focuses on the affection between Dan and his daughter and Dan’s father.

And in portraying the relationship between the two people, it is also a very big pen and ink. Although the plot is very touching, the emotional tension presented in the end is not enough to make the audience resonate.

Even the addition of these emotional dramas makes the plot seem too procrastinated.

The plot of more than two hours, in which the audience can not feel the pee point, is less than an hour.

Therefore, if this film appropriately deletes the extra family links and makes the plot more compact, the effect may be better.

And the kind of great ending presented at the end of the film: Dan successfully wiped out the aliens and returned home, and brought back his father, which is also a consistent trick for many endings.

In general, this “The Tomorrow War” can burn up, and the ending is also very perfect.

As a cool special effects film, although it is not too good, it is indeed a good film.

So if you have time, you can watch this work. I believe you will not be disappointed.

The production of “The Tomorrow War”

For a long time, the works produced by Netflix have basically won the audience’s approval for the excellent series of “House of Cards”.

In terms of special effects production, they are the same as the general online movie production, because the investment is relatively small, so the production is not so sophisticated.

For example, the “Daredevil” series has not been recognized by the audience.

In the previous “Army Of The Dead”, it can be seen that they have begun to work hard on special effects.

And now this “The Tomorrow War” may be a door to Netflix’s production of network special effects films.

Maybe Netflix will continue to bring you more outstanding special effects blockbusters in the future;

So now everyone is looking forward to the new works that will be released after Netflix. 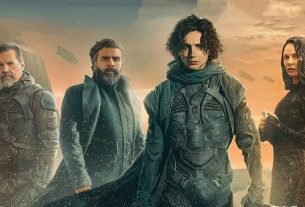 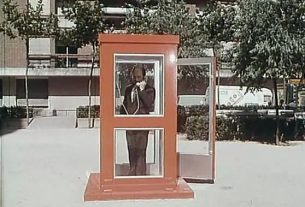 “The Phone Box”: Don’t go to a difficult situation, just to regret the wasted years 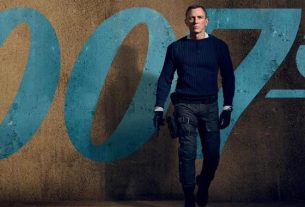