“Nightmare Alley” tells the story of a greedy liar and a female psychiatrist who conspired to defraud patients’ money.

The goal of “Nightmare Alley” is to make an R-rated movie (U.S. restricted level, more violent).

Toro stated earlier: “The film is very dark.” And there is no supernatural element that he is good at.

“Nightmare Alley” was adapted from the 1946 novel of the same name, not the 1947 film, which was described as “Hollywood’s most acrimonious noir film at the time.”

Toro said that the first thing he saw was a novel. In 1992, “Hellboy” Ron Perlman gave him the book, and he always wanted to make film noir.

This will also be his first film about the dark side of society.

The “Nightmare Alley” story tells about an ambitious fraud master who fell in love with a psychiatrist, but was finally played by a female doctor.

“Nightmare Alley” will be released on December 17 this year and is expected to hit the Oscars next year. 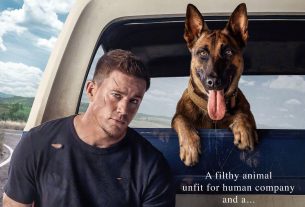 “Dog”: Trailer of the Exposure of the Film Directed and Acted by Channing Tatum