The film is still four days away from the release, but the fare of “Fast & Furious 9” is so expensive that it is still difficult to stop the audience’s enthusiasm for watching the movie. The pre-sale box office has exceeded 60 million, which shows how high its box office appeal is.

According to the current situation, “Fast & Furious 9” will set off an upsurge of watching movies without losing the Spring Festival stalls. At present, the outside world’s conservative forecast of its box office is between 4 to 5 billion, and there are voices that it can impact more.

Looking at the movies released in the same period, there is no new work that can compete with it. In addition, the predecessor is well-known and resounding. It is a matter of course for the audience to buy it. Therefore, the box office forecast is still credible.

The “Fast & Furious” series has always used a variety of cool-looking cars to play the protagonist and support the scenes. The drag scene is the top priority of the film. But looking at the content exposed in the ultimate trailer, it has long been beyond the category of cars, landmines, and armored vehicles. , Airplanes, rocket launches, etc., all brains are piled up in this new work, and the flavor of war films overflows the screen.

It’s no wonder why there are comments from the audience that the film is too exaggerated. The drag racing directly soars into the sky, and the imagination of the dazzling scene makes people have to admire the director. Not only is the original crew missing, but it also presents the original drag racing. The drama is overweight and added to the war film. Who dares to pack the tickets for its box office?

The grand scenes and visual effects are full, but the so-called “speed” and “passion” are gradually fading, and the plot can be said to be inferior to one generation. After all, the content surrounding the car is almost shot by the previous film. God, the director and screenwriter with poor skills has no other way but to put things together.

If you look at the plot alone, the “Fast & Furious” series is the same as the popcorn movie “Godzilla vs. King Kong”. Whether you watch the previous work or not, it will not delay the audience from enjoying the next new work. Anyway, it will be worth it from the beginning to the end. The fare is up, and some viewers think so.

Of course, the trailer does not represent the entire film. How high the box office of “Fast & Furious 9” is, it will be clear after it is released.

Related Post:Explain the development history of “Fast and Furious” in detail: Don’t doubt, Paul Walker is the real soul. 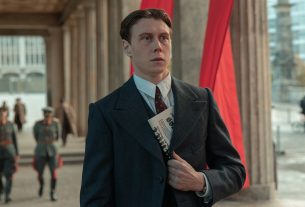 The spy thriller “Munich: The Edge of War” reveals the official trailer, it will be launched on Netflix in January 2022 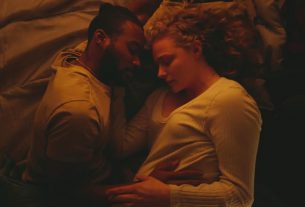 “Trees of Peace” released Official Trailer, it will be online on June 10