On May 21st, the highly anticipated “Fast and Furious 9” was released in China. This release date was two days later than South Korea, but it was exactly more than a month earlier than the American release on June 25. It felt like this The movie and the starring van Diesel are showing good wishes to China. In fact, it is understandable. After all, the current serious epidemic in the United States has a great impact on the movie box office. “Fast and Furious 9” is a large-scale production movie, and it is expected to be recovered in China.

Therefore, audiences are looking forward to “Fast and Furious 9”, and it is not easy to see an addictive Hollywood blockbuster under the influence of the epidemic. However, they did not expect that after the zero-point field, the film’s reputation would rush.

After watching the zero-point field, you will find that the movie has at least the following grooves.

The first is that the setting is too exaggerated and outrageous, losing the racing core of “Fast and Furious”. Since the birth of this series of movies, it has always been around the core of drag racing, crime, and fighting. As long as the scene is good, the car chase is filmed well, and the “three axes” are caught, the over and over again audiences will also buy it.

Of course, it is understandable that the producers, screenwriters and directors want to innovate. After all, the ninth part of the series was filmed, and they always found a breakthrough to poke the audience’s high point, but the setting of this part is really outrageous, the action on the ground The drama is no longer a real-looking car chasing, but more like the “Mission: Impossible” and “007” series. It is getting more and more exaggerated and outrageous. It feels not quite right in the first 10 minutes. How could a car volley? Flying up, rolling more than a dozen laps after falling down, can the two protagonists laugh in the car casually? The so-called magnetic force combines the car and the fighter jet to lead the movie to science fiction. At this point, the movie has gone against the core of “Fast and Furious” that has been established over the past 20 years, and has gone further and further away from the core that the audience likes.

Secondly, the character setting is too outrageous, and it looks good if there are flesh and blood. The relationship between the actors and characters in the first eight episodes will change a little bit. The characters are sentimental and righteous, life and death, they are all flesh and blood, but in this one, the exaggerated plot drags down the characters, and the protagonist is invulnerable. Almost like Superman; the characters need to be resurrected casually for the plot, and the villains can be whitewashed casually for the plot needs, completely ignorant of logic, the screenwriters wanton, make people suspect that this is not an insult to the audience’s IQ?

The third point, looking at the whole movie, “Fast and Furious 9” is like a platter that has been mathematically calculated. Actions, humor, character relationships, and emotional reversal are all inserted in fixed proportions. Bald brother The younger brother who didn’t know where he came from is a tool man who impresses the audience. However, the blunt setting can’t move people at all and will only make people feel embarrassed!

The fourth point is that you will feel that the movie has played so many gimmicks at the end, but the action scenes are still not free from gunfights, melee combat and road racing. But this one is really uncreative! Recalling the first few parts of the series, there was a system of dragging a safe on the road and hacking into the car, which caused the protagonist’s car to be besieged by other vehicles. Even the battle with tanks and artillery is a bit creative, but this one is exaggerated. The action scene is really lackluster. It can be said that in order to continue the series, the producer is trying new explorations and finding new development directions for the film, but this attempt is obviously a failure.

Therefore, after the zero-point field, whether it is Douban or the ticketing platform, a large number of negative reviews have flooded into it. The general complaints about the lack of novelty in the action scenes and the boring plots make people sleepy.

In Douban’s popular commentary, some viewers complained that “more than Newton’s coffin can’t cover the board, elementary school students have to jump up and say a few words”, and the audience accused the movie of leaving a place for the late Paul Walker, but the feelings could not last a lifetime. More viewers expressed “drowsy all the way”.

The ticket-buying platform, which has always been very tolerant, is no longer working this time. As of the time of publication, there were more than 400 negative reviews. Some viewers gave a score of 1 and sent out large pieces of text, believing that the movie is relying on defrauding the audience to make money.

However, even if the zero-point field has a poor reputation, judging from the box office, the box office is expected to exceed 200 million on the first Friday of the show, and the box office forecast given by the ticketing software exceeds 2.1 billion, which makes people have to think again, “Fast and Passion 9” “Is it worth the box office? Will it be a bad Hollywood movie? Will you go to see this movie? 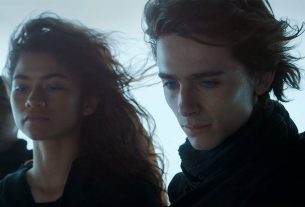 “Dune” reached a global box office of 220 million US dollars