A few days ago, the sixth episode of “The Boys Season 3” has been updated, and revealed a set of high-definition stills. This latest episode of “Herogasm” is called “the largest scale” of the episode, IMDb average score of up to 9.8, the highest score since the show began!

Of course, the audience also said that the high score is not all because of the large-scale gimmick, the story content and direction and the performance of the actors are very good.

“Homelander is subdued, Butcher works for the government, and Hughie oversees. But both men are eager to turn that peace and quiet into blood and bone. So when ‘The Boys’ learn of a mysterious anti-super weapon, the septet reunites to start a war and chase the first superhero legend: Solider Boy.

For those who are interested in “The Boys Season 3”, you can watch it. 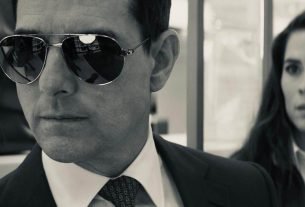 “Sonic the Hedgehog 2” releases a new set of character posters