A while ago, I introduced ‘The Roundup’ which set the box office record for Korean movies this year. Last week, there is another new movie that is trying to challenge ‘The Roundup’, which continues to dominate the list. It is ‘The Witch: Part 2. The Other One’ which was released in Korea on June 15.

The Witch: Part 2. The Other One’ mobilized nearly 270,000 people into theaters on its opening day, landing it as the single-day box office champion, an achievement that was almost double the first-day box office of ‘Broker’, the new film that returned from Cannes with an award.

The Witch: Part 2. The Other One’ box office results, not surprisingly, after all, from the series debut ‘The Witch : Part 1. The Subversion’ word-of-mouth box office success, the audience has been looking forward to this sequel for four full years.

In 2018, director Hoon-jung Park wrote and directed the sci-fi thriller action film ‘The Witch : Part 1. The Subversion’ which landed in summer.

Hoon-jung Park, who previously made the critically acclaimed film ‘New World’, which was called “a large scale version of ‘Infernal Affairs'”, has always had his own unique understanding of action movies and violent aesthetics.

I Saw the Devil’, which he co-wrote with Jee-woon Kim, is also one of the masterpieces of Korean crime thrillers. In this film, which portrays actor Min-sik Choi as a psychopathic murderer, gore, violence and eroticism are bombarded in turn, with extreme sensual stimulation throughout the film.

I Saw the Devil’ thus became the first commercial film to be restricted from release in Korea.

Viewers who have seen ‘New World’ and ‘I Saw the Devil’ must have some mental expectations of director Hoon-jung Park’s style and taste, and those who like such films will naturally expect him to continue to let fly in his new work.

The Witch: Part 1. The Subversion’, Hoon-jung Park, for the first time in his violent action films, chose a woman as the main character, and an innocent girl who seems soft and innocent.

In contrast, the director also lays out a calm and warm Korean family drama in the first half of the film, portraying the female lead Ja-yoon (Da-mi Kim) as an ordinary high school girl.

The truth emerges in the second half, and it turns out that Ja-yoon is the most successful work of human transformation experiments, so the high school girl changes her face in a second and becomes a humanoid weapon with a high force value. Such a contrasting setting hooked the audience’s expectations even higher.

But unlike traditional action movies, Hoon-jung Park in ‘The Witch : Part 1. The Subversion’ is not the rhythm of the film, but completely cut the film into the first half of the gentle and calm and the second half of the intense action scenes.

Such a risky attempt also makes the film feel severely fractured before and after, so it fails to become a work with excellent reputation.

The Witch : Part 1. The Subversion’ became a hit in Korean cinema that year, thanks to the powerful girl portrayed by the lead actress Da-mi Kim and the action scenes in the second half of the movie.

In addition, the actress Da-mi Kim, who debuted only one year ago, won two best new actress trophies for her role as “Ja-yoon”, which has both complex emotions and brave fighting power.

At the end of the movie, Ja-yoon finds Dr. Baek’s sister in search of a cure for the sequelae, and the mysterious girl who appears behind Ja-yoon has the same superpowers as her, and the atmosphere between the three of them is tense.

The Subversion’ sequel is a great success, and it’s no wonder that viewers can’t get enough of ‘The Witch : Part 1.

Unfortunately, the preparation of the sequel ‘The Witch: Part 2.

The original ‘The Witch : Part 1. The Subversion’ series was originally planned to be created in the form of a trilogy, and the first film was released with a clear message that the film was only the PART 1 of the story, and the end credits even had a direct reference to the sequel.

The first major producer Warner Bros. suddenly announced its withdrawal from the Korean market in 2020, and the future of the sequel was once uncertain when the funds were broken.

The Witch: Part 2. The Other One’ finally started filming in Jeju at the end of 2020 after a lot of hiccups such as re-sourcing, and the original overseas filming plan also fell through.

The Other One’ does not follow the ambush laid at the end of the first film, but instead tells the story of another “The Witch” who escaped from the base.

So this brings us to an awkward place: Da-mi Kim, the popular star of the previous film, was relegated to a cameo performance, appearing in only a few scenes in the sequel.

This is probably the biggest reason why ‘The Witch: Part 2. The Other One’ has been the top single day box office for 7 days since it opened, but the Korean network rating is only 6.79 (far less than its predecessor’s 8.58).

Like its predecessor Da-mi Kim, Shin Si-ah, the protagonist of the sequel, is said to have been selected from more than 1,400 auditionees to become “the second generation of The Witch”.

Compared to Da-mi Kim, Shin Si-ah is a complete newcomer who has never acted in any film or TV work before and has only done one skin care commercial.

In contrast to the female lead, actor Jong-suk Lee, who returned from the military after choosing ‘The Witch: Part 2. The Witch is one of the many forces pursuing The Witch.

In the trailer, Dr. Baek (Min-su Jo), the head of the body modification program in the previous film, returns and says that the new ‘The Witch’ is “a child who becomes the standard for the program”.

The whole story is also called “the beginning of everything”, so ‘The Witch: Part 2. The Other One’ can be seen as a prequel to the whole series.

Unfortunately, judging from the trailer and the composition of the cast, the story of ‘The Witch: Part 2. The Witch’s true identity gradually emerges ……

This is the same plot framework as the first film in which Da-mi Kim’s Ja-yoon is adopted by a farm couple, pursued by the head office and Dr. Baek, and finally returns to the base for a killing spree.

At the same time, the second part of the director’s ambition more, not only broadened the world view, the introduction of a mysterious organization from Shanghai, China, the branch line is also more chaotic.

The so-called greed will lose, which also makes the sequel not only the suspicion of repeating the first film, but also the same as the previous one digging holes not filled, the audience lost the sense of freshness and patience.

Of course, the progress of ‘The Witch: Part 2. The Other One’ is also obvious.

The only complaint of the audience who bought tickets for the exciting action scenes is probably that the fight scenes are too few.

In general, ‘The Witch: Part 2. The Other One’ is still the ambitious work of director Hoon-jung Park to prepare for the third film.

As a Korean alternative superhero movie, ‘The Witch : Part 1. The Subversion’ series carries a lot of expectations and really needs more encouragement and support.

I only hope that by the third part, the director can put away the ambition to build The Witch universe, fill in the pits properly to close, and redeem the word of mouth of the series is good.

If, for example, Da-mi Kim returns, then the third movie will be worthy of good anticipation.

Related Post: Korean suspense action film “The Witch: Part 2. The Other One” released new stills, two generations of Witch in the same frame!

Related Post: ‘The Witch: Part 2. The Other One’ Plot Analysis. 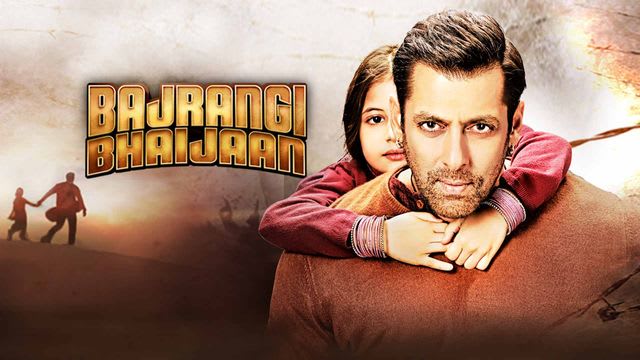 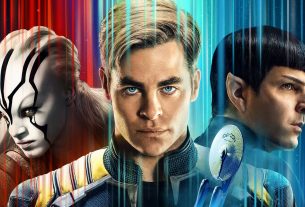 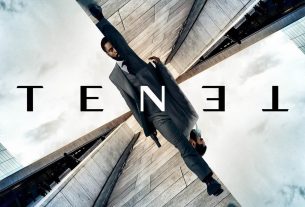