“Cinema Paradiso”: Regarding the growing up movie, I only recommend this old movie 30 years ago.

If you want to recommend a movie about growth, there is no one of the first “Cinema Paradiso”.

As the first part of the “Trilogy of Time and Space”, “Cinema Paradiso” is the one with the longest time span and the most tearful.

For the growth of a boy, partner and love are all essential parts. “Cinema Paradiso” captures the inevitability of life-from gain to loss.

Paradise Cinema, the only cinema in the small town of Gianga on Sicily, Italy in the 1940s, is a paradise for residents to enjoy their entertainment.

The little boy Salvatore is a frequent visitor here, not for watching movies, but to find his year-end friend Alfredo.

From the naughty kid to the only projectionist in the town.

A few square meters of small rooms carry Salvatore’s entire journey from child to boy, and also laid the foundation for Salvatore to become a film director in the future.

However, the screening room is not the world, and the best partner cannot accompany you for life.

The blind and clear-hearted Alfredo did not hesitate to sacrifice friendship in exchange for Salvatore’s good future in life.

Regarding love, it was arranged to end without a problem. Salvatore’s love began with Elena’s face.

Salvatore, who fell in love with Elena at first sight, stood by her window like a soldier, and finally won the heart of the beauty.

In order to be with Salvatore, Elena did not hesitate and did not care about the consequences. In the end, because of a word from Alfredo, the lovers went away.

For Salvatore, how persistent the first love is, and how debauched will be after becoming famous.

Elena’s departure and Alfredo’s “betrayal” gave Salvatore the motive to leave his homeland.

From then on, Salvatore also turned from a passionate and dedicated adolescent boy to a stray man until he met Elena again.

With the passage of time, the originally seemingly absurd kissing clip became the most tearful event of the past in the end.

Growing up in Tonadore’s “Cinema Paradiso” became depth and shape.

Even if the story it tells is far away from us, even if the culture is not the same as ours.

But the audience felt it, felt the joy and joy of meeting their beloved when they were young, the excitement and joy of being with partners, and the gain and loss of love.

Friendship that passed away with the years, first love that was not available, and the hometown that had to leave are the price of growth for everyone.

Good growth does not require deviant conflicts, and some are just missed for granted. For such misses and achievements, “Cinema Paradiso” has done it.

In the movie, Alfredo has a classic line: If you don’t go out for a walk, you will think that the world is in front of you.

It’s just that for Salvatore, he got the so-called success when he went out, but he also seemed to have lost the whole world.

This should be the so-called: life is much harder than movies.

Related Post:”Cinema Paradiso” will be released in Mainland China on June 11.

Related Post: “Cinema Paradiso” will be filmed for TV series. 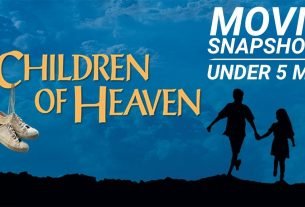 Children of Heaven:The boy who only wanted to get the third place played the warmest run 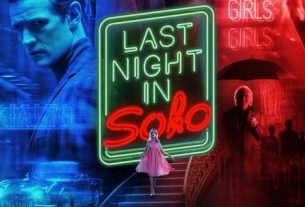