Prince Charming with a sunny smile and bronzed skin, put his arm around the long-haired and weak Snow White, grabbed the vine with one arm, flew over the top of the bad egghead with ease, and grabbed the lost treasure… Romantic adventure movie, used to be 80 Period action movies are one of the very popular genres.

“The Lost City,” starring Sandra Bullock and Channing Tatum, seems like a nod to ’80s classics like “Romancing the Stone‎” or “The Jewel of the Nile‎.”

In fact, it made an even bolder tribute: it dug up the bones of ancient legends, and glued new flesh to each bone.

Related Post: Adventure comedy “The Lost City” is coming to Paramount+ on May 10 .

You can even see the name of Loretta Sage’s book meeting, which is “Romantic Pen”, which just corresponds to the original title of “Romancing the Stone‎”.

This is not a coincidence, this is deliberate subversion.

The heroine of “The Lost City” is not a novelist who expects a real adventure but can only be trapped in front of a computer. She is a novelist who has taken risks, wrote a lot of adventure novels, and finally exhausted the last drop of romance in her heart. .

Now 58, Sandra Bullock’s endearing character is an ironic contrast in a 21st-century-forgotten romantic movie genre, and it’s the funniest opening of “The Lost City” The place.

A novelist who is familiar with romantic love routines, deletes the romance routine elements in her mind one by one, and in turn questions those convenient arrangements that the audience knows and loves.

Sandra Bullock still has the look of life as death as she faces the eager welcome of romance novel fans – if Sandra Bullock’s tombstone is to be engraved with her most famous expressions, one of them is definitely the roll of eyes.

The heroine, who is insulated from love, meets Snow White who fantasizes to be Prince Charming: Channing Tatum, a male god, who plays a cover model with no combat power.

He was desperate to rescue the novelist who didn’t take him seriously, but couldn’t think of any plan. He doesn’t race cars, shoots, or knocks his opponent out of oxygen for three seconds.

Channing Tatum, who has played the leading actor in adrenaline-packed movies such as “White House Down‎” and “G.I. Joe”, plays a “powerless” Prince Charming this time, creating a great contrast.

However, this seemingly powerless prince remembered to prepare a new pair of shoes for the stricken heroine, remembered to bring a hammock for her, and was willing to climb up the mountain wall with her head on her head.

The romantic adventure action movie of a macho man saving a beautiful woman seems to be doomed to death in this era of emphasizing gender equality.

Sandra Bullock isn’t trying to revive long-lost masculinity on the big screen with “The Lost City.”

But “The Lost City” isn’t just about making Sandra Bullock a “woman”—she’s not playing a male lead who’s just missing some organs.

She’s still a female protagonist who doesn’t “talk at length and try to overwhelm the opponent” like a man.

Many genre films of the last century have to undergo a baptism of political correctness in this century – even “Scream” is not exempt.

Interestingly, “The Lost City” is probably the least awkward transition of the series.

Although it broke the old rules of “women need male rescue” and “the hero inexplicably falls in love with the heroine”, “The Lost City” is not against love, nor against the possibility of growing old together.

True equality means more flexible interaction. Originally, you are the master of major matters, and occasionally you can listen to the escape plan I designed; he may not have the arm strength to beat up bad guys, but he can provide a helping hand in your life.

The era of males and females is over. Now we should think about how to find the “living position” that both parties are most satisfied with, and find the greatest common divisor that fits each other.

For a new generation of viewers, the subversive effect of Brad Pitt’s appearance in “The Lost City” may be hard to come by.

Pitt rescues Sandra Bullock as valiantly as Indiana Jones and Brendan Fraser, and that’s the character stereotype the film seeks to subvert.

Romantic Comedy Movies Over the past decade, we’ve had to turn into zombies (“Warm Bodies‎”) and become time travelers (“About Time‎”) in order to find true love (but 80% of the time) A great sacrifice, or may be lost in a split second).

This year’s “Marry Me‎” was a decidedly daring throwback to retro (but unpopular with audiences), while “The Lost City” took a different approach. 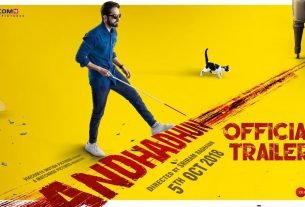 “Andhadhun”:the best Indian film with all the villains and the reverse 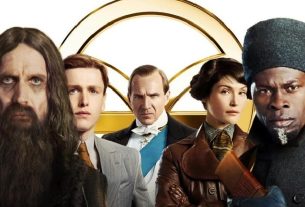 ‘The King’s Man’ Review: Dramatic adaptation doesn’t mean recklessly con-coat, plot is too off or below the standard