At this time, not to mention blockbuster films, even small films are scarce, I did not expect “Venom: Let There Be Carnage” to have a trailer!

And it is confirmed that it will be released in theaters around the world from September 16 this year, which makes me feel that the days are looking forward to it again!

The first “Venom: Let There Be Carnage” did not take the usual path of superhero movies and created a “black hero”. The symbiotic relationship between Eddie and Venom makes the film full of black humor, but Tang Lao is nervous but nervous.

There is no shortage of dull performances that look very interesting, and some scenes of violence and even some brutality make the film completely different from the usual blockbuster movies.

The trailer for “Venom 2” starts with a radio song (about the difference between English and American sounds). The apartment wall is posted with Eddie’s “House Rules: No Cannibalism” written for Symbiote Venom.

There are a few chickens in the house. Running everywhere, I am afraid it is also food for the venom. Venom was cooking Eddie’s breakfast, and the eggshells ran into the omelette pan.

After serving the table, he also sprayed Eddie with tomato sauce. This was obviously a hint of the venom’s fierceness.

Next is a scene very similar to the first one: Eddie walks into Mrs. Chen’s supermarket and greets her.

Unlike the first movie, Mrs. Chen seems to have accepted the symbiosis between Venom and Eddie, because Venom actually greeted Mrs. Chen in the supermarket with “Good evening” in very standard Chinese-even more funny, Mrs. Chen seemed to I don’t understand Chinese, and I have to “translate” Eddie into English…

One of the highlights of the trailer is that Woody Harrison’s villain Claytus Casadi, that is, the “slaughter” finally reveals his true face! Its weird and terrifying appearance is inferior to that of the first big villain “Riot”.

In addition, actor Naomi Harris will play another symbiote “Shriek” (Shriek), the girlfriend of “slaughter” in the film. She also showed up in the trailer.

“Scream” is powerful, it can attack with sound waves and act as a shield. It can also control the dark side of people’s hearts and expose them to their evil nature. It seems that Eddie and Venom have a fight this time!

The people sitting in the office are reading the “Clarion Daily”!

Does this mean that the “Venom” series will finally formally interact with the “Spider-Man” series? Venom has to fight against carnage and screaming, but also against decent little spiders? I think it’s very enjoyable

Why is Eddie/Venio very angry and anxious when he heard Mrs. Chen say that the chocolate has not arrived yet?

As explained in the comics, the symbiote needs phenethylamine, which is contained in human brains and chocolate. If you can’t eat chocolate, the venom will eat the human brain…

Finally, the director of this film is “Hollywood First Man in Motion Capture” Andy Serkins! He not only played various monster images including Gollum in “The Lord of the Rings”, King Kong in “King Kong”, Caesar in “Rise of the Planet of the Apes”, etc.

he also served as the second director of some blockbuster films, and directed a biographical romance. The film “One Breath and One Breath”, the evaluation is quite good.

For the first time this time, he has directed and directed a commercial blockbuster, with the monster and black horror film style he is good at. I am really looking forward to it!

Related Post:Appreciation of “Venom 2” art poster, which one do you like best? 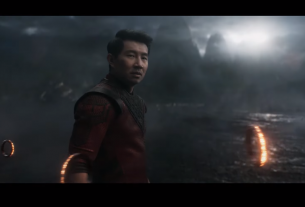