Science fiction film “Infinite” reveals the ultimate trailer, the film will be online on June 10.

The sci-fi film “Infinite” focuses on the mashup of high-concept and sci-fi. A few days ago, the film announced a new trailer.

In the trailer, the immortal protagonist played by Mark Wahlberg fought against Chevat Egarford.

The whole trailer is full of the texture of the American main theme science fiction film.

Regardless of the story setting, character creation or lens production, it is the face of a mainstream blockbuster.

This film is the first exclusive and original super blockbuster since the establishment of Paramount+, so it is of great milestone significance.

The story of the film focuses on an evil madman determined to destroy the world, and the fate of the entire mankind is pinned on a schizophrenic man.

He often has nightmares, but in fact those dreams are memories of his reincarnation.

According to the plan, the film will be produced by the producer of “Transformers” Lorenzo di Bonaventure, and Paramount hopes to make it into a new series of films.

In the story, Wahlberg is a man with an immortal body, he accumulates his own memories in constant reincarnation.

But in essence, he is a demon, and he has a plan to destroy the world.

In Paramount+’s plan, “Infinite” is just the beginning, and 52 exclusive films will be released on the entire platform in 2022.

In addition, new movies such as “A Quiet Place 2”, “Sonic the Hedgehog 2”, “Transformers 7” and “Mission Impossible 7” will be launched on Paramount+ 30-45 days after their release.

“Infinite” will be launched directly on Paramount+ on June 10.

Related Post:Mark Wahlberg’s “Infinite” is scheduled to land on Paramount streaming in June. Biopic ‘Lamborghini: The Man Behind The Legend’ Releases Official Trailer and Poster 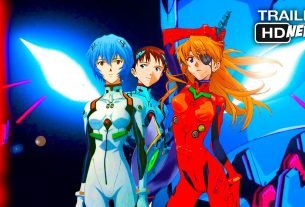