Recently, the Netflix original movie “Blood Red Sky” has been exposed in Chinese characters and will be launched on July 23.

“Blood Red Sky” tells a weird story: terrorists attempt to hijack a night flight across the Atlantic, and a woman with a strange illness is forced to join the battle.

In order to protect her son, she must expose the dark secrets and release the monsters she has been trying to suppress in her body.

In order to protect her son, the mother uncovered the dark side of hiding her son for many years and released the monster in her heart.

Vampires appeared on the flight, and the hunters instantly became prey. 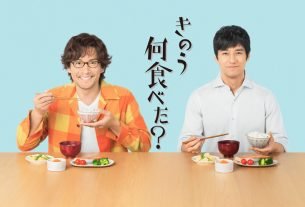 “What Did You Eat Yesterday?” movie version released a new trailer, food + love!