Recently, a new poster was released for the thriller ‘Beast’ starring Idris Elba. In the poster, Idris Elba is holding a dagger, in a half side and half back pose. Behind him is an African grassland. The tagline on the poster reads “Fight for Family”.

In the film, Idris Elba plays Dr. Nate Samuels, a widower who has recently lost his wife and decides to take his two daughters back to South Africa, where he and his wife first met, and embark on a long-planned trip to a wildlife sanctuary managed by his longtime friend and wildlife biologist Martin Battles.

But this journey of healing turns into a frightening and terrifying journey of survival as they are targeted and hunted by a giant lion that sees all humans as enemies after escaping the hands of greedy and brutal poachers, a beast that wants nothing more than to prove that there is only one top predator on the African savannah.

According to the plan, ‘Beast’ will be released in Northern America on August 19. 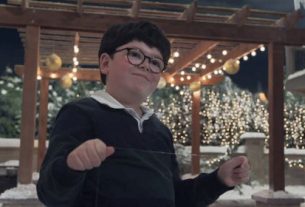 “Home Sweet Home Alone” has a terrible reputation: Rotten Tomatoes are only 22% fresh!