The official announcement of the Amazon fantasy drama “The Wheel of Time” will start in November.

The play is adapted from Robert Jordan’s classic fantasy novel series of the same name. The book is extremely complicated. There are 2782 characters just named.

The story of “The Wheel of Time” is set in a world ruled by women, where only women can use magic power.

Rosamund Pike plays Moiraine, a member of the all-female organization Aes Sedai, who embarks on an adventure with 5 young people.

Among them, there is “the reincarnation of the Dragon” who can save the world and destroy it. ​​​

“The Wheel of Time” was originally intended to be adapted into a movie in 2009, but the project ran aground.

Later, Universal also bought the copyright of the original novel, and eventually went around in the hands of Amazon.

“The Wheel of Time” will start broadcasting in November.

Related Post: The trailer for “The Wheel of Time” starring Rosamund Pike is released. 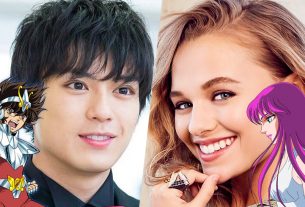 What are the origins of the actors and directors of the live-action movie “Saint Seiya”?