Memory kill! 16 Cast of “The Lord of the Rings”, 20 years of comparison between the present and the past, some stars have never been old.

After 20 years, “The Lord of the Rings: The Fellowship of the Ring” has been re-screened on the big screen in mainland China!

Twenty years have passed. Among the actors who participated in this series that year, some of them have taken off their careers, and have continued to take pictures and change styles.

Some people get the Oscar trophy and get soft, their appearance has never gone by with the passage of time.

For some people, participating in “The Lord of the Rings” was originally the icing on the cake in a brilliant career.

Some actors, after making a big splash in this series, slowly faded out of the mainstream audience’s sight, and worked silently in low-cost film and television works.

Sean Astin is an American child star. As early as a teenager, he appeared in “The Goonies” directed by Spielberg.

Later, the starring “Rudy” is the best sports film in the hearts of generations of fans.

And guest appearances in “The Big Bang Theory” and “Supergirl“. Sean’s latest work “Wizards” is currently being filmed.

Before starring in the “The Lord of the Rings” series, Sean Bean from the United Kingdom played “bad guys” many times, including the villain in “Golden Eye“.

He once said that he was tired of acting only bad guys, so he made the “Boromir” role in “The Lord of the Rings: The Fellowship of the Ring” a breakthrough in his career, and the human prince completed it at the last moment. For own salvation.

Later, he also played the Odyssey in “Troy“, and he appeared in “National Treasure“, “THE ISLAND“, “Silent Hill” and “North Country“.

In 2011, Sean Bean shocked all the audience again with the role of “Ned Stark” in “Game of Thrones“-the male number one was beheaded when he was still acting!

From then on, “Sean Bean’s 1,000 Ways to Die” began to spread wildly across the Internet, and many fans cut a compilation of his death shots in all film and television works he participated in.

After participating in the recent “The Martian” and the drama version of “Snowpiercer“, fans are also looking forward to what new tricks he will use to receive lunch.

When Queen Galadriel played by Cate Blanchett appeared in the “The Lord of the Rings” series, fans were quickly impressed by the beauty and imposing manner of her goddess.

This is not the first time Cate has played the Queen. She played the real Queen Elizabeth I in “Elizabeth“.

After the performance of “The Lord of the Rings“, Cate gave birth to two children in a row, and then entered the peak of his career.

With “The Aviator“, “Notes on a Scandal”, “Im not there” and “Elizabeth: The Golden Age“, he won four Oscar nominations!

The latter two were in the same year, and she finally won the Oscar for the “Best Female Matching” trophy for “The Aviator”.

In 2012, to give fans peace of mind, Cate returned to star in the “The Hobbit” series.

She is both commercial and artistic, and once again won the Oscar nomination for Woody Allen’s “Blue Jasmine“, this time she won the Oscar for Best Actress title.

After playing Rocky’s sister Hela and the woman who crushed Thor’s hammer in “Thor 3“, she began to get involved in TV dramas.

For two consecutive years, he was nominated for the Golden Globe Award with “Where’d You Go, Bernadette” and “Mrs. America“.

Next, the new film “Nightmare Alley” directed by Guillermo del Toro, starred by Cate and his old partner Rooney Mara, and the star-studded “Don’t Look Up” are all in post-production.

Another “Pinocchio” directed by Guillermo del Toro and the game adaptation “Borderlands” are both in the production process.

If the characters in the “The Lord of the Rings” series are ranked according to their beauty.

The fairy prince “Legolas”, played by British actor Orlando Bloom, will probably be among the top three in all rankings, and most of them may be the top of the list.

After “The Lord of the Rings“, Orlando has ushered in another peak of his career-in the “Pirates of the Caribbean” series, he played the little blacksmith Will Turner.

It proves that good-looking people not only have blond hair and beauty, but brown hair can also be heroic.

But after the two epic films of “Troy” and “Kingdom of Heaven“, Orlando gradually changed its course.

He started to walk with literary romances such as “Elizabethtown“, “Love and Other Disasters” and “New York, I Love You“.

Following the flamboyant style of “The Three Musketeers“, Orlando returned to star in the “The Hobbit” series. The Elf Prince has his father Elf King this time.

In recent years, Orlando briefly appeared in “Pirates of the Caribbean: Dead Men Tell No Tales“, and came to China to shoot “S.M.A.R.T. Chase“…

Orlando’s current life seems to be focused on his and his wife Katy Perry’s baby.

The new film “Needle in a Timestack” is in post-production.

Pippin, the hobbit in the “The Lord of the Rings” series, is regarded as the most important role in the actor career of British actor Billy Boyd and his first important role.

Later, he participated in “Master and Commander: The Far Side of the World“, which was released in the same year as the final chapter “The Lord of the Rings: The Return of the King“.

In the “The Hobbit” series, due to the wrong timeline, we did not see the return of Billy Boyd.

But because of his excellent voice as a singer, he sang the ending song for “The Hobbit: The Battle of the Five Armies“.

In recent years, he has starred in the British drama “Outlander“, and the new film “Walking With Herb” has been filmed.

He is also the moving biochemical man Ash in “Alien“, and has appeared in Terry Gilliam’s “Time Bandits” and so on.

After starring in Bilbo Baggins in the “The Lord of the Rings” series, Ian Holm began to get involved in “The Day After Tomorrow“, “The Aviator“, “Lord of War“, “Ratatouille” and other “blockbuster films”.

After returning to participate in the “The Hobbit” series, Ian Holm’s image will always be fixed in his last big screen work “The Hobbit: The Battle of the Five Armies“.

In June last year, the British old man left his beloved stage and screen forever due to Parkinson’s disease.

Just like Bilbo, the old man goes west, and his memories will last forever.

This old man is also a legend. He served in the British Air Force during World War II and entered the film industry after the war. He has appeared in more than 250 film and television works in total! !

He is also the cousin of Ian Fleming, the original author of the “007” series. In addition to acting in “The Man with the Golden Gun“, he has also played numerous villain roles and cult movies in his career.

He has even acted in movies in Russian, French, Italian, German and Spanish.

Saruman, the white-robed wizard in the “The Lord of the Rings” series, is only one of the bright stars in Christopher Lee’s 70-year career as an actor.

Since then, he has once again created a classic image with the role of “Count Dooku” in “Prequel Trilogy“.

Then he and his old partner Tim Burton collaborated on “Charlie and the chocolate factory“, “Tim Burton’s Corpse Bride“, “Alice in Wonderland” and other films.

Christopher Lee returned to star in the “The Hobbit” series, and “The Hobbit: The Battle of the Five Armies” is also the last live-action feature film he left on the big screen.

In the second year after the film was released, the father died in his hometown of London due to heart failure, at the age of 93, and ended his rich and fulfilling life.

How many people admitted that Gandalf and Dumbledore in the Harry Potter series were wrong?

Ian McKellen, who has been upgraded from a gray robe to a white robe wizard, is the only actor who has been nominated for the 13 Oscar nominations (4 awards) for “The Lord of the Rings: The Fellowship of the Ring“. Good male partner), the sentence “You Shall Not Pass” shocked my heart.

As a great British Shakespeare, the old man has dedicated his life to TV, film and drama.

In addition to the nomination in “The Lord of the Rings“, Ian was also nominated for the actor for “Gods and Monsters”.

One year before the release of “The Lord of the Rings: The Fellowship of the Ring”, Ian just shined in the role of “Magneto King” in “X-Men“, with outstanding charm.

Since then, the “X-Men” series, like the “The Lord of the Rings” series, have become the iconic masterpieces of the old man.

After that, Ian also starred in “The DaVinci Code“, “Beauty and the Beast” and other works, and returned to star in the “The Hobbit” series.

At the age of 82, he is still active in his professional career. The new experimental film “Infinitum: Subject Unknown” was recently launched. 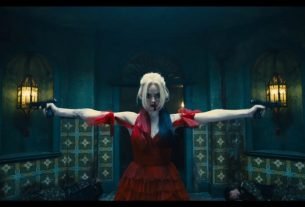 Whether “The Suicide Squad” is a popcorn movie? 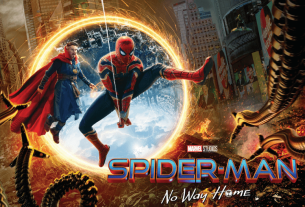 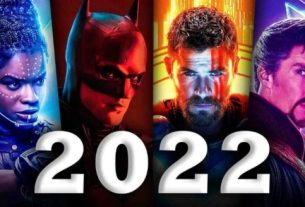