A charming night turned bloody… The protagonist of the play is the American man Dahmo, who took advantage of the lack of the system to kill 17 men over the years, and abused and violated them before and after their death.

Dahmer, who suffers from mental disorders such as borderline personality disorder but was found to be sober at the time of the crime, was sentenced to 16 life sentences for multiple murders in the 1990s.

Dahmer “is a series that exposes these unconscionable crimes, centered around the underserved victims and their communities impacted by the systemic racism and institutional failures of the police that allowed one of America’s most notorious serial killers to continue his murderous spree in plain sight for over a decade,” per the official description.

Murphy serves as co-creator, along with frequent collaborator Ian Brennan, as well as executive producer. Dahmer earned a series order at Netflix in 2020, with Peters being cast the following year.

The cast also includes Richard Jenkins (The Shape of Water) and Molly Ringwald (Riverdale) as Jeffrey’s father and stepmother Lionel and Shari, along with Michael Learned (The Waltons) and Niecy Nash-Betts (Claws).

‘Monster: The Jeffrey Dahmer Story‎’ will be available on September 21st. 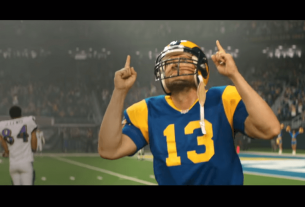