Fans’ expectations come true，”Joker 2″ is indeed coming, everything is possible in front of money.

A villain character can make the audience obsessed, and even more popular than those positive characters who appear at the same time. DC’s clown is really very successful.

The Joker of DC Comics doesn’t have any superpowers, but he is the favorite villain of the audience.

Many viewers who have watched the super-English movie “Batman: The Dark Knight” have expressed their hope that the Joker can beat Batman at that time.

Even though the evil is overwhelming at the end of the film, the justice represented by Batman has defeated the evil of the Joker.

But fans said that it was not Batman who won in the end, but the Joker himself did not want to play.

After the movie “Batman: The Dark Knight” was released, the comments about the film were basically the clown played by Heath Ledger.

However, the protagonist Batman played by Christian is very few people care about, which shows the status of the role of the Joker in the eyes of the audience.

The clown in the comics itself is very popular with readers. After the film and television Riches Ledger successfully put the role on the big screen, the audience of the clown began to become wider.

In the eyes of the audience, the clown is so popular, even more popular than the positive superhero characters such as Batman.

In this regard, Warner Pictures and DC began to determine to create an independent film about the clown.

In October 2019, the DC comic film “Joker” produced by Warner Pictures was released. This is the first movie in the history of DC comic film with a clown as the absolute protagonist.

The film is directed by director Todd Phillips and starring Jacques Phoenix.

It tells the story of how Arthur, a young man who has some problems with his introverted personality, became a clown step by step.

“Joker” is a comic change film independent of the DC expansion universe. It is not a superhero movie, but a drama that delves into the inner world of the characters.

The film has attracted the attention of movie fans since its production, and it has a double harvest at the box office and word-of-mouth after it was released.

With a production cost of US$55 million, the film eventually earned more than US$1 billion in the global box office, becoming a successful model for small gains.

With a box office of over 1 billion U.S. dollars, “Joker” has become one of the most profitable comic movies in the world, and its high reputation has also made this film top in the word of mouth rankings.

“Joker” not only won a high box office that year, but also won many awards around the world, including the 76th Venice International Film Festival Golden Lion Award and the Academy Award for Best Actor Award.

Audiences who know more about “Joker” should know that when the film came out, director Todd Phillips and starring Jacques Phoenix had said that there would be no sequel to this film.

And the reason why the director Phillips will direct this film is because this film will not shoot a sequel.

However, “Joker” was a global success, with a box office of over 1 billion U.S. dollars, and was rated as a masterpiece of word-of-mouth.

With such popularity, how could it be possible for the filmmakers to keep the pace of the sequel.

Some time ago, there was news about Warner’s filming of the movie “Joker 2”, but this news was not confirmed at the time.

Now the news about the shooting of “Joker 2” has been confirmed, and there will indeed be “Joker 2” in the future.

Recently, the media mentioned in an article that “Joker” director Phillips and others are writing the script of “Joker 2”, and Warner and DC are developing this sequel.

At the beginning, it was said that “Joker” would not have a sequel, and now the production of “Joker 2” has been put on the agenda.

Many movies will launch sequels after the box office sales, not to mention “Joker” which is a win-win for word of mouth and box office. 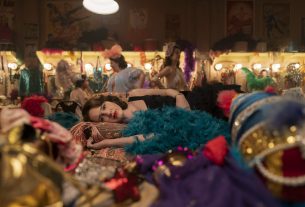 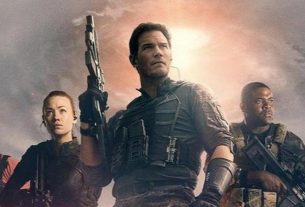 “Eternals” media word-of-mouth ban is lifted, and the freshness of rotten tomatoes is 72%