Brendan Gleeson (‘Calvary’ ‘Harry Potter’) to join the new DC film ‘Joker 2’, the role has not yet been revealed.

Related Post: ‘Joker: Folie à Deux‎’ confirmed to be filmed in LA, it will be supported by tax breaks. 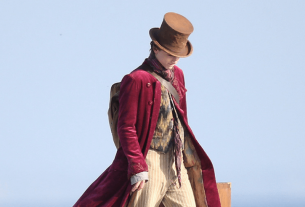 ‘The Lord of the Rings: The Rings of Power’ Releases Multiple New Stills, Numenoreans Appeared