The World War II movie “Operation Mincemeat‎” starring Colin Firth and Matthew Macfadyen has been lifted from media word-of-mouth. The film will be released in the UK on April 15th and is scheduled to be launched on Netflix on May 11th.

The film is based on a real intelligence campaign during World War II called “Project Meat”: In 1943, the Allies decided to fight Nazi Germany’s domination of the occupied territories.

Intelligence officers Ewen and Charles came up with a plan to mislead the Germans by “sending” a corpse with false information into the hands of the Germans, misleading the Germans into thinking that the Allies were about to land in Greece, in order to divert their attention.

The plan was successfully implemented, the Allies successfully landed on Sicily, annihilated nearly 200,000 German troops, and laid a solid foundation for victory in the European battlefield. 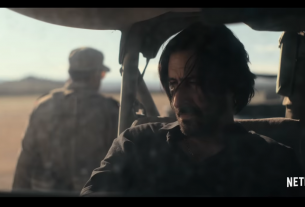 ‘A Winter’s Journey’: Sony will use ‘Dreams’ to make movies, it will blend live action, CG and hand-drawn animation