Since this is the last time Daniel Craig has played James Bond.

Therefore, “007: No Time to Die” is the first to be released in the world, and the box office results are successively refreshed.

“007: No Time to Die” in the UK, Germany, Japan, etc. have sold the highest number of 007 premiere days, demonstrating the strength of the super blockbuster.

Since this is Daniel Craig’s last James Bond work, fans are expecting him to do everything he can to perform.

Movie fans in some regions that have already been released can see the curtain call of the sixth generation of “007”.

Audiences who have been the first to watch the movie all saw Daniel Craig doing his best to complete the last task of 007. The plot made the audience very nervous.

In addition to fans from all over the world, another very special audience was pleasantly surprised by “007: No Time to Die”.

That is George Lazenby, the second-generation Bond actor.

Yesterday, he posted on his personal social networking site: “Because it is not convenient to go to London to participate in the world premiere, I can only watch the special screening in Los Angeles first. It must be said that the soundtrack selection is very interesting.”

In the picture, he is standing next to Daniel Craig’s poster.

It is understood that Daniel Craig’s “007: No Time to Die” is a tribute to George Razabe’s “On Her Majesty’s Secret Service”.

Not only did the theme soundtracks of the two films appear, but the theme song “We Have All The Time In The World” of “On Her Majesty’s Secret Service” also reappeared in its entirety.

Both films have many similar plots, no wonder George Lazenby said after watching “the new film is very sensational.”

George Lazenby is the only Australian actor in the history of the 007 series and an artist who quit after only acting in a Bond film.

He had already terminated the contract with the production company before the release of “On Her Majesty’s Secret Service”.

He stayed away from Europe and the United States, returned to the Asia-Pacific region to develop, and once co-starred with Bruce Lee in “Game of Death”.

As a result, as soon as the cooperation began, Bruce Lee died young.

Although he has only acted in one Bond film, “On Her Majesty’s Secret Service” is recognized as one of the best classic Bond films and is loved by the new generation of 007 fans. 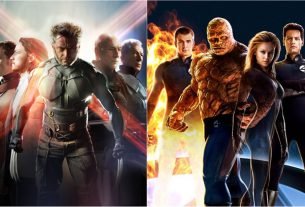 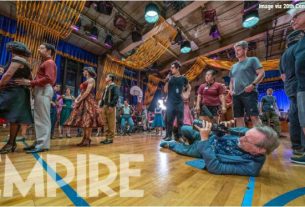