The finale at the end of the year, top-level IP adaptations, luxurious lineups…whatever you want to come up with is enough to make fans look forward to it-“The Witcher Season 2”.

“The Witcher Season 2” is adapted from the fantasy novel of the same name written by Polish writer Andrzej Sapkowski. It includes five novels and three collections of short stories. The sales volume of this novel in Europe is second only to “The Lord of the Rings”.

The series of novels was later adapted into a game, and then it became popular again and won many awards.

The Netflix adaptation of “The Witcher” was also a big hit after it went live in 2019.

It was one of the hottest drama series in the world at that time, and the series was also widely acclaimed on the Internet, with a score of 8.2 points marked by more than 300,000 people on IMDb.

However, the story structure of “The Witcher” is not suitable for most people. Its plot progresses quickly, the timeline editing is sturdy, and it has no worldview…

For these reasons, it is easy for ordinary audiences to see it in the cloud.

Especially for those viewers who don’t have the slightest knowledge of the game and the original work, it becomes a lot more difficult to watch it.

Simply put, “The Witcher” is more like a series for fans.

In the narrative line of the drama, the plot is divided into three protagonists to unfold.

Related Post: “The Witcher Season 2” is here! Word of mouth has exploded after the show started, its Rotten Tomatoes 96%.

The first one is the witcher “Geralt” played by Henry Cavill.

Geralt is one of the protagonists in the novel. He has long cream hair, golden eyes, and Henry Cavill’s body…

As one of the few surviving demon hunters, Geralt’s life was not comfortable.

On the one hand, he needs to bear people’s misunderstanding and swearing about the demon hunter.

On the other hand, Geralt also needs to rely on the bounty issued by these people to hunt down some monsters in exchange for rewards.

In the process of running around, Geralt got acquainted with many important characters. (The first season is basically laying the groundwork…)

For example, his friend “Dandelion”, a bard who is very talkative.

There is also the second protagonist “Yennefer”, a powerful sorcerer.

In this season, the screenwriter emphatically described her growth.

In the second half of the episode, Yennefer and Geralt meet.

The last protagonist is the princess “Ciri” of the Kingdom of Sintra.

In the original book, she is the adopted daughter of Geralt and Yennefer.

In the episode, Ciri and the hero seem to have another relationship…

Originally, Ciri could live a lifetime in the bustling palace. But for some reasons, her country was bloodbathed by the Nilfgaard Empire in the south.

As a last resort, she could only listen to her grandmother’s explanation before her death: to look for Geralt of Rivia.

In fact, the plot of “The Witcher” is not complicated, it basically tells the story of the three protagonists.

But the difficulty is that the editing of this show is really unfriendly. Undifferentiated editing, if you are not paying attention, you will not understand…

The dean also discovered after watching several episodes that the timing of the three story lines was staggered.

Until the end, the fate of the three protagonists staggered together…

The first season of “The Witcher” is more like a large trailer.

In addition to editing without love, other aspects are still remarkable. For example, smooth fighting scenes and unique fantasy characters, elves, monsters, dwarves, etc., as well as a scene that everyone is looking forward to.

Overall, the quality of “The Witcher” is actually quite good.

As for the return of “The Witcher Season 2”, its quality is better than the previous one only from the two episodes just watched.

“The Witcher Season 2” also started from the end of the previous season. Geralt found Ciri, and the two went to the battlefield to find Yennefer.

But they got an unfortunate news: Yennefer is “dead”.

So Geralt was going to take Ciri back to the Demon Hunter’s fortress Kaer Morhen for repairs, but encountered a high-energy side mission on the road.

I can’t tell you exactly what this paragraph is, I can only say that it’s a bit stimulating…

After returning to his hometown, Geralt began to teach Ciri, which was in line with “The Witcher 3.”

I remember that the beginning of the game in “The Witcher 3” seemed to be a task for Ciri to learn various skills.

This point must be praised, it feels so much!

In general, I think “The Witcher Season 2” is much friendlier than the previous season, at least whether you are a game fan or original fan, you can understand…

The editing of the series is no longer fancy, just follow the main line to watch Geralt and fight the monsters all the way.

There are only 8 episodes in “The Witcher Season 2”. If you are interested, go watch it! 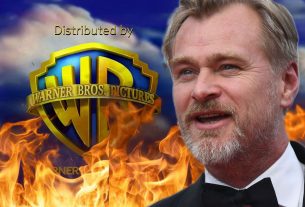 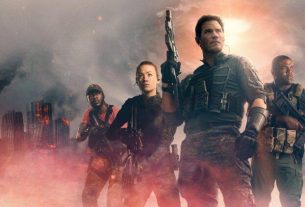 What can you expect from “The Tomorrow War 2”?