In “Spider-Man: No Way Home”, because Doctor Strange did not have the power of Time Gem, he made some deviations when he helped Spider-Man erase the memories of others.

In the end, Doctor Strange had to choose to maintain the magic circle.

However, due to the confusion of time and space, all the villains of Spider-Man finally appeared in this space-time universe.

In “Spider-Man: No Way Home”, it is also the first time that all the villains of Spider-Man have assembled.

However, as the opponents of Spider-Man, they also have a different ending in this movie.

Doctor Octopus can be regarded as a villain who was successfully whitewashed in Spider-Man. In fact, in the Spider-Man played by Maguire, Doctor Octopus itself is not a bad guy.

It’s just that Doctor Octopus was controlled by the mechanical arm he made at the time. He lost his consciousness, or the evil side of his body was magnified.

In Spider-Man 3, when Doctor Octopus was looking for Peter Parker, he found Tom Holland’s Spider-Man.

Finally, in the course of the fight, Doctor Octopus’s robotic arm tore off Spider-Man’s suit.

But it was this battle suit that controlled Doctor Octopus, and later in order to restore all the villains to normal.

Tom Holland made a new chip at Stark Industries. Doctor Octopus was also the first villain to be successfully whitewashed. He became a good man after getting the new chip.

2.Green Goblin, half demon and half human

Green Goblin is the first villain in Spider-Man.

Of course, he is still human in nature, but he has a distorted psychology after taking the medicine, and he has become the villain of New York City.

Green Goblin was the first enemy of the spider, but in real life.

Green Goblin or Willem Dafoe is actually the best friend of the Peter Parker family.

So when Willem Dafoe saw Aunt May again, his good side showed up again.

It was also because of this opportunity that Tom Holland was able to catch Green Goblin.

Later in Stark Industries, the medicine that saved Green Goblin was also studied.

However, due to Electro’s rebellion, all the villains were brutalized in the end. Aunt May was injured by a bomb in order to protect the medicine, but the rescue failed and died.

However, Green Goblin was successfully put into the rescue potion in the end, and was finally sent back to his own world.

Originally, Peter Parker used his own mouth to persuade all the villains.

After all, Parker thought he had the ability to change the current status quo of the villains, so he did not agree with Doctor Strange and sent them back directly.

But just as Parker was very serious about helping everyone find the antidote, in the end Electro thought that this world was much better than his original world, so he decided not to leave.

Electro regretted it on the spot, but that’s not a big deal. He also brought Sandman to trouble Spider-Man.

This left a huge problem for Tom Holland’s Spider-Man at the time.

If it weren’t for Electro’s tricks, things would seem to be much smoother than before.

Unfortunately, after all, it will take a battle to solve the problem.

4.The Lizard, the loyal villain

If the villain can return to justice before, it seems that The Lizard is the biggest loyal villain in the audience.

However, in comparison, his villain is actually a bit of a hindrance.

He was either in the magical cage underground of Doctor Strange, or he was finally imprisoned on the road to the cage.

It was when there was a problem with Stark Industries, that is, when Electro diving, The Lizard escaped from the truck at this time and started fighting with everyone.

5.Sandman is here to paddle

Sandman himself was a paddling when he was in his universe, and it is still paddling to this day.

The main reason is that Sandman didn’t want to be a villain himself, it was just that the world could not tolerate him to become a villain.

For Sandman, he also hopes to be a good person, this time too.

Sandman, who was originally a good man, ended up throwing at the enemy under Electro’s bewitching. I have to say that this wave of operations is really not good.

Each character of the five villains is different, among which there are more pictures, or Doctor Octopus, Electro and Green Goblin.

After all, in comparison, they have a different relationship with Spider-Man, so naturally there are many more pictures. 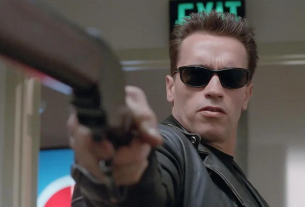 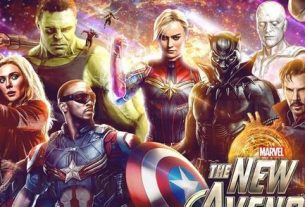 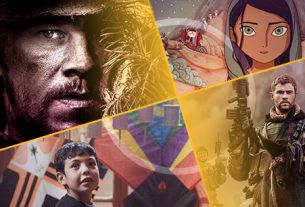