As 2022 draws to a close, two of the most anticipated Hollywood blockbusters for fans are about to be released. A few days ago, it was announced that Avatar: The Way of Water was scheduled to be released on December 16, and the other one is Black Panther : Wakanda Forever.

Today, we will share with you briefly the highlights and shortcomings of ‘Black Panther : Wakanda Forever’ to see if it is consistent with what you think?

Black Panther : Wakanda Forever’ plot story is very touching, has depth and a sense of heft; the original hero of ‘Black Panther’, Chadwick Boseman, is remembered, and the new actors are also appreciated.

It is worth mentioning that the film abandoned the traditional tone of Marvel, the MCU is currently the most profound and powerful, and is expected to become the best film of the fourth phase of the Marvel Cinematic Universe.

In addition to the excellent performance of the actors, the film’s artwork, cinematography and special effects are excellent, the soundtrack is also very attentive, Rihanna’s theme song is out of this world.

It is worth noting that the film pays more attention to female characters, and the female protagonist’s role far exceeds that of previous MCU films, as if it is intentionally creating a new female hero who saves the world.

After talking about the highlights, let’s talk about the shortcomings.’ Black Panther : Wakanda Forever’ is 161 minutes long, which still feels a bit long and challenges the kidney function of the fans.

In other words, the longer the movie, the more expensive the ticket price. The characters’ motivation is slightly weak, giving a suspicion of intentionally pleasing different audiences.

In particular, the content of the film is a bit bloated, resulting in the first half of the slow pace of the main line of confusion. In other words, the overall quality of the film is not as good as the first one. 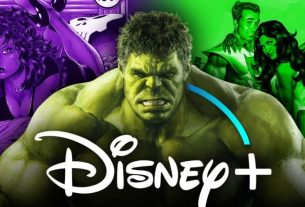 It’s finally here! After “Spider-Man: No Way Home”, the three generations of Hulk also have the same frame Mischief? “Guardians of the Galaxy Vol. 3” James Gunn gets frantically given “Rick and Morty” keychain Ellie actor Bella Ramsey talks ‘The Last of Us’ episode: Following the emotional pace of the original