Recently, the rumors about ‘Black Panther 2’ are increasing, the most rumors are that Doctor Doom will appear in the end egg of the film, and ‘Black Panther : Wakanda Forever’ director Ryan Coogler will become the director of ‘The Avengers: Secret Wars’ director.

Perhaps the rumors are growing, which finally made the official can not resist, came out to explain.

In an interview with ComicBook.com, ‘Black Panther : Wakanda Forever’ director Ryan Coogler spoke about his role as director of ‘The Avengers: Secret Wars’. He said, “I haven’t been told anything, I’m concentrating on the project I have in hand right now before I can think about the next step.”

Then, when asked about the ‘Black Panther : Wakanda Forever’ egg being Doctor Doom, the film’s producer Nate Moore said bluntly, “That’s not the case, and I honestly understand why there’s a rumor that Doctor Doom is a great character. Latveria’s world is so wonderful and we are fans of his, but we have decided that Namor is the villain and that is not going to change.”

And according to fans who saw the film earlier, there was only one end credits egg, and it was in a moving tone, which really didn’t seem to have much to do with Doctor Doom.

‘Black Panther: Wakanda Forever’ will be released on Friday, November 11. 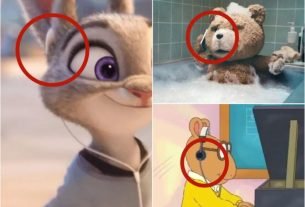 The Victim’s Mother Criticizes Netflix for Depiction of Son’s Murder: “It Didn’t Happen Like That”