As a new remake of Disney’s iconic IP, the live-action version of ‘Pinocchio’ did not accumulate enough discussion beforehand, and the only topic it can claim to have a degree of discussion is the dislike of certain viewers for the casting of black Blue Fairy.

In addition, in the absence of theatrical specifications of large-scale publicity campaign, ‘Pinocchio’ is really difficult to reverse other audiences in recent years on the Disney live-action film fatigue and lack of confidence.

And unsurprisingly, the live-action version of ‘Pinocchio’ really did not subvert the low expectations of the public, it is undoubtedly one of the bottom works of the Disney live-action series, the degree of boring is equivalent to the 2019 version of ‘The Lion King’ and the 2017 version of ‘Beauty and the Beast’.

Robert Zemeckis seems to be the logical choice to direct ‘Pinocchio’. He has worked with Disney on ‘Who Framed Roger Rabbit’ and ‘A Christmas Carol’, and is no stranger to the fantasy genre, and has also directed remakes with a more children’s orientation.

But over the years, Robert Zemeckis seems to have a spell, as long as he ran to shoot computer special effects, or the main focus on motion capture half live-action half animation, that this film will be very bad, sometimes the special effects are fake to very bad (‘The Polar Express’), sometimes the plot is weak to very bad (‘The Witch’) And ‘Pinocchio’, which also cannot escape this spell, leans towards the latter.

As is common with Disney’s consistent strategy, this version of the live-action peddling gimmick is also “restoration” rather than “new ideas”, which can be seen in the almost unchanged Pinocchio shape.

Of course, it still has some additional background settings of the characters not mentioned in their own anime version, adding some new supporting characters that did not appear in the anime version, and some twists and turns and cause and effect have deliberately made some changes.

For example, Black Blue Fairy debut scene was cut to only one scene, which is to reduce Pinocchio get help, so that he can grow with their own understanding.

However, this modification is a very limited addition to the plot, because Blue Fairy’s appearance in the original version would have been very short, and the assistance provided is not too much. This is a good idea, but at best only a very small fine-tuning, not much of an achievement.

I guess, the writer-director and Disney purely want to use this figure of freshness, so they decided to take a few more turns to tell the story, to avoid making the movie and the animated version too similar, but this is not really meaningful, is to change and change the same in seeking differences.

But then again, the whole film from the beginning is the product of shooting, so there will be a meaningless change for the change, it seems to make sense.

Inevitably, the live-action version naturally also quotes a lot of lines and sequences from the original anime, which may be intended as a tribute to the old work or to evoke nostalgia.

But after so many live-action baptism, the audience has long been paralyzed by this old trick, if there is no appropriate and restrained placement of nostalgic stems, then the audience now see the proliferation of such elements, I’m afraid that some people will only feel “very annoying” “enough is enough? “Can you be more restrained?”

Thus, ‘Pinocchio’ thus falls into the situation where the sentiment does not sell, and the new ideas are not enough, extremely embarrassing, and frequently makes people uncomfortable.

I like this version of the final not Pinocchio into a real boy, as long as he has learned the basic concepts of life, with the ability to express emotions, is enough to qualify as human, proving that he has a soul, no need to change his external.

As to whether there is really a real flesh, the film will be explained as that is the subsequent people’s rumors, to leave a white context for the audience to imagine.

Even though I did like how it ended, this attempt to make a little flip conclusion still doesn’t elevate the whole film enough to cover up the emptiness and uninterestingness of most of the film.

After all, this conclusion is not really that how subversive, Pinocchio is no more than from the real live boy into a “metaphorical” live boy, in addition to this, the rest of the ending is not much change, and the original animation is not decisive difference.

There are some mediocre and boring movies that can flip the score high with a strong enough ending, but ‘Pinocchio’ is not that kind of movie.

The first half of the film inserted a lot of Disney eggs, breaking the fourth wall of laughs, but the contrast with the tone of the film itself, does not seem to match very well, always feel that those things should be more appropriate in full of self-deprecation and post-set style ‘Chip an’ Dale’ film version, rather than ‘Pinocchio’.

Related Post: Disney’s ‘Pinocchio’ has a very poor media reputation: only 29% on Rotten Tomatoes, 42 on MTC, 5.1 on IMDB.

Related Post: This boring live-action ‘Pinocchio’ that even Tom Hanks can’t save. 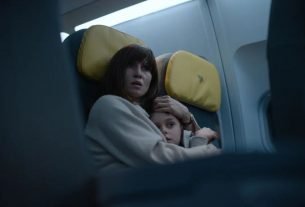 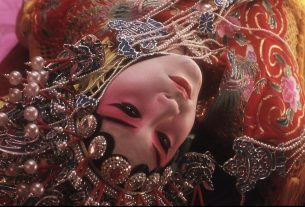