Currently, “House of Gucci” has a favorable rating of 62% by professional film critics on the film review website “Rotten Tomatoes”.

Judging from the reputation scores that have just passed the passing line, it is difficult for “House of Gucci” to make a big difference in this awards season.

Compared with the artistic value of the film itself, the chaotic and bizarre old case focused on by “House of Gucci” is more talked about by the outside world.

“House of Gucci” is adapted from the documentary work “The House of Gucci: A Sensational Story of Murder, Madness, Glamour, and Greed” published by writer Sara Gay Forden in 2001.

Related Post: “House of Gucci” will be available on digital platforms in February .

The film tells the true story of Maurizio Gucci, the former head of the Gucci Group, who was hired by his ex-wife Patrizia Reggiani to be murdered.

As a jewel in the kingdom of Italian luxury goods, the Gucci brand was founded by Guccio Gucci in Florence in 1906.

By the early 1980s, Maurizio Gucci, grandson of Guccio, acquired the most shares and became the third-generation head of the group

At less than nine o’clock in the morning on Monday, March 27, 1995, Maurizio was ambushed in front of his office building in Milan, Italy.

He was killed on the spot with four shots. Maurizio was only 46 years old.

After the incident, the direction of the police investigation was mainly in the operation of the Gucci Group.

Because just over a year ago, Maurizio sold all Gucci shares under his name to an investment bank from Bahrain.

Maurizio completely ruined the family business that his grandfather and fathers had worked hard for decades, provoking many criticisms and accusations.

But the police investigation quickly reached a dead end.

It was not until more than a year later that the police relied on an accidental informant to find a breakthrough.

This informant, who took the initiative to find the Milan police, came to Milan from a certain country in South America not long ago.

During his stay in the boarding hotel, he heard someone boasting that he planned the famous Gucci assassination a year ago.

The informant found the police broke the news for benefits, and also assisted in arranging an eavesdropping plan.

Finally helped the Italian police obtain the iron evidence that a small group of four planned and executed the assassination of Maurizio.

It turned out that the assassin responsible for shooting was named Benedetto Ceraulo, and Orazio Cicala drove him away from the scene.

Both are Sicilian, but they have not had any previous convictions.

Benedetto originally ran a pizzeria business in Milan. Due to poor business and debts, he temporarily changed his career and became a professional killer.

Killing Maurizio Gucci, the two of them received a reward of 600 million lire, and they were paid by a station porter named Ivano Savioni.

It was Ivano who showed off in the hotel that he was involved in the Gucci case. It was a Neapolitan villager named Giuseppina who found him and asked him to help find the killer.

She is a professional psychic and a longtime friend of Maurizio Gucci’s ex-wife Patrizia Reggiani!

At this point, the real culprit behind the case finally surfaced.

On January 31, 1997, Reggiani was formally arrested and imprisoned.

Patrizia Reggiani was born in 1948 in a single-parent family in the Italian town of Vignola.

At the age of 12, her mother who was a hotel waitress married the local upstart Fernando Reggiani.

Patrizia changed her surname to Reggiani, and got rid of poverty.

“House of Gucci” restores the acquaintance of the two protagonists. In 1970, she and Maurizio Gucci met at a party.

Reggiani in a red suit made Gucci fall in love on the spot and couldn’t help himself.

After two years of love, the two got married and Reggiani gave birth to two daughters.

In the mid-1980s, their marriage hit the rocks, and after that Maurizio had a nearly public new girlfriend-designer Paola Franchi who was five years younger than him.

Gucci and Paola have similar family backgrounds, and they grew up together.

Later, although they had their own families, in the 1990s, they also encountered a marital crisis at the same time.

An accidental encounter ignited the love of the old couple, and they lived together in a mansion in Milan.

In 1994, the two completed the divorce procedures and began to raise funds to formally become a husband and wife.

But their ideas were eventually shattered by the killer’s bullets.

At the scene of the trial on March 27, 1995, Maurizio Gucci was killed on the street.

On the same day, Patrizia Reggiani rewritten the next two words in his diary: heaven.

Also on this day, she asked her lawyer to issue an ultimatum to ask Paola Franchi to move out of the mansion where she lived with Maurizio for a long time in the name of the joint property of the husband and wife.

Soon, Reggiani moved in with her two daughters and lived there until the day she was arrested on January 31, 1997.

Reggiani has never explicitly admitted why he wanted to buy a murdered ex-husband.

But resenting him for being chaotic and forsaking his love, worrying that the interests of her and his two daughters would be harmed after he remarried, and complaining that he was innocent in his management and causing the group to fall into the hands of others, she admitted all these.

In short, Patrizia was eventually sentenced to 29 years in prison, and the remaining four people were all imprisoned.

Looking back on this life, she, who is also 72 years old this year, said in a media interview not long ago that she actually had a pretty good life in prison.

With the help of a lawyer, she succeeded in persuading the judge to obtain special permission to raise a ferret in prison and to plant flowers and grass in the yard.

However, the ferret unfortunately died in prison later, and it is said that a cellmate accidentally sat on it.

Fortunately, soon after, she was released on parole for “being good.”

After being released from prison, Reggiani worked as a so-called design consultant in a retro-style jewelry store in accordance with the agreed parole conditions.

For the first time in her life, she became a migrant worker.

And for this “House of Gucci” about her life story, she is basically very satisfied.

She was just a little disappointed that the lead actor Lady Gaga failed to come to her to talk to her before and after the filming.

Also disappointed is Tom Ford, who served as the creative director of the Gucci Group from 1994 to 2004 and had actual contact with the protagonist in the film.

In an afterthought, he criticized that although the film was luxurious and well-made, the overall style was more like a farce than a tragedy.

There is also Paolo Gucci played by Jared Leto, which is more than an exaggeration, but also very different from the real Paolo Gucci he knows.

Tom Ford also pointed out that Maurizio Gucci, played by Adam Driver, congratulated him on the success of his first Gucci fashion show, played by Reeve Carney, which was not in line with the facts.

Tom Ford thinks that Paolo Gucci played by Jared Leto is too exaggerated.

In addition, Tom Ford complained that many of the scenes in the film felt that they were forcibly added purely to show the big-name stars who participated in the film, and did not play a big role in advancing the narrative itself.

You know, Ford, who is 60 years old this year, is not a movie layman.

In addition to designing and operating his own brand, Ford has written and directed two films, “A Single Man” and “Nocturnal Animals”.

They all received quite good reviews.

Therefore, Ford’s comment on “House of Gucci” also made many readers think about it.

If he was allowed to direct such a movie as an “insider”, what would the effect be?

However, to speak of it, whether it is Patrizia Reggiani or Tom Ford, they have no relationship with the Gucci Group.

So, what does Gucci think about this movie?

Will Gucci worry that this time the old thing will be brought up again, so that the Gucci brand will be related to the family scandal?

The group did not say clearly, but in view of the fact that the husband of Salma Hayek who participated in the film, Francois-Henri Pinault, is the chairman of Kering, the parent company of the Gucci brand.

Jared Leto, who plays the role of Paolo Gucci, is also the official brand ambassador of Gucci in life.

I believe Gucci does not mind the release of “House of Gucci” very much.

According to US media reports, in the past few days when “House of Gucci” was released, searches for Gucci apparel and Gucci bags on the Internet have increased by 73% and 257% compared to the previous week.

It seems that in many cases, scandals are not always bad. 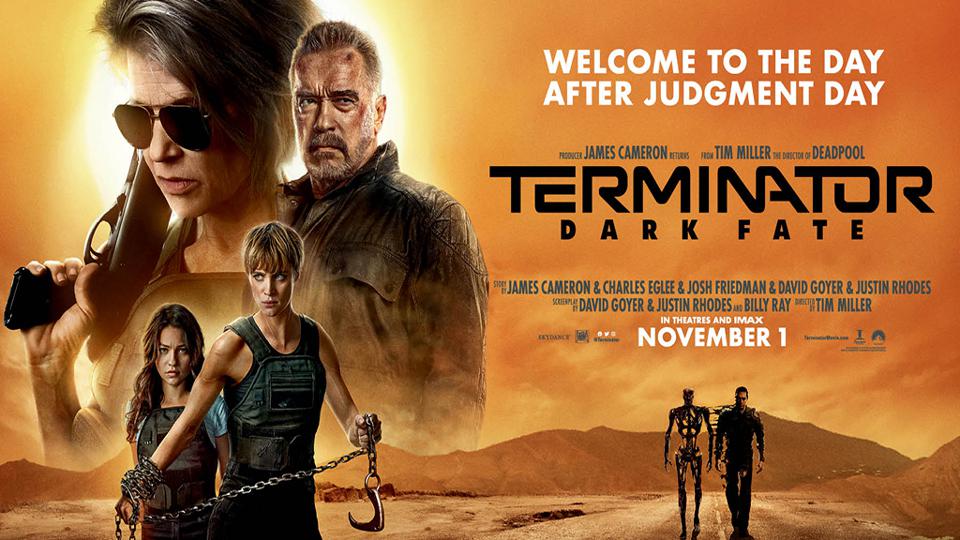 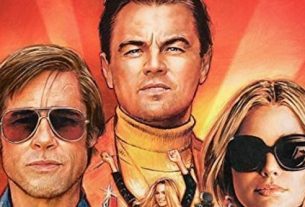 “Once Upon A Time In Hollywood”: A Love Letter with Blood 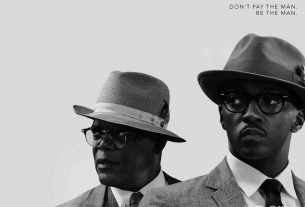