Mention the name ‘Laal Singh Chaddha’, does it instantly remind you of anything? Yes, it is ‘Forrest Gump’.

In fact, this ‘Laal Singh Chaddha’ is an authorized remake of the classic film ‘Forrest Gump’, only in India.

I think we all have a fixed impression of Indian films: the protagonist always ignores the rules of physics and overturned all the gods down to the gods of drama, no matter what the scene can suddenly run a large group of people singing and dancing features, and full of curry flavor of the Indian English.

I have to say, most of the Indian films are this taste.

But there is an Indian actor whose film is not quite the same, and readers who are familiar with a little India probably know who it is about – Aamir Khan.

His earlier film ‘3 Idiots’ is really one of the best films in India, and this film really refreshed the audience’s inherent impression that there is nothing good in India.

Take the most complained about song and dance link, Aamir Khan’s film is not like a general Indian film like a bunch of Indian men into the dance, but purposefully let the song and dance to carry some of the plot to turn up and down, or to fill the gap in the plot.

For example, at the beginning of ‘3 Idiots’, there is a drama in which the protagonist is oppressed by the seniors when he first enters the university, but Aamir Khan presents all this drama with a song and dance.

It quickly moves the plot forward, but also allows the performance of “oppression” to be handled in a light-hearted and funny way, so that the song and dance is not so incongruous full of sense.

Such advanced filmmaking skills are clearly a cut above his Indian colleagues, and it is only natural that several of his films have been acclaimed around the world.

According to say, such Aamir Khan with 10 years ready to fix the copyright polished script, with ‘3 Idiots’ male and female lead, remake ‘Forrest Gump’, should be a very much anticipated crossover, however, after the release of the film, the word of mouth is mixed.

The score on IMDB is 5.2; but the Rotten Tomatoes freshness (media score) is 64%, and the popcorn index (audience score) reaches 91%, which means that the film critics are bad and the audience is satisfied.

And more seriously, the film has received poor reviews within India, and the boycott is getting louder and louder, and even the boycott is directed at the Aamir Khan actor himself, so why is that?

It’s all about finding answers from the movie.

The film kicks off in a familiar way as a feather slowly floats down. Until the feather lands at the feet of Laal Singh (Aamir Khan), who takes out a box of fried crispy balls, a common Indian snack, squeezes the juice on them and sends them to his mouth. And then uttered the classic line replica of

“Mom says life is like fried crispy balls, even though your stomach is full, your heart craves for more.”

‘My mama always said Life was like a box of chocolates. You never know what you are going to get.’

After he finished eating, he told his story enthusiastically to the multipliers around him.

Laal Singh’s character design and Forrest Gump exactly the same, he comes from a single-parent family, raised by his mother, both legs mobility, reaction is also very slow, had to rely on orthopedic brace to walk normally.

With his special physical condition, Laal Singh was always bullied at school, and only Rupa, a little girl from the neighborhood, cared for him and was willing to play with him.

Once Laal Singh was chased by a classmate, Rupa told him to run, so a miracle happened, Laal Singh ran and ran straight out of the corrective brace.

Like the plot of ‘Forrest Gump’, Laal Singh’s life seems to have turned on since the accidental opening of the door to running. He entered college as a special student and graduated successfully, and then went to join the army, and returned from several major battles, and repeatedly made achievements.

And in the army, he met his good brother Balaraju. (corresponding to the original should be Bubba Blue)

This man is strange, and the army is full of men who fight, unlike the military, he likes to talk about underwear most.

In fact, Bubba’s family has been making lingerie for generations, and Bubba knew the business so well that he joined forces with Laal Singh to start a lingerie business in the army, and incidentally, Laal Singh also learned to make lingerie.

But the fun was short-lived when Bubba was tragically killed in a difficult battle. Laal Singh, who survived, kept his promise to Bubba and left the army to open a lingerie factory, named after the goddess “Rupa”.

Rupa underwear was sold nationwide, making Laal Singh a big entrepreneur, but he gave away most of his money.

After his mother’s death he resigned from the company and went back to his hometown to farm. After an unexpected reunion with his childhood friend and then separated again, he chose to run.

Running from day to night, the pace is non-stop, resulting in a national sensation and running into a celebrity.

In the process, Laal Singh inevitably intersected with the great events of India’s recent history.

The passengers on the train didn’t expect that the silly boy in plain clothes in front of them was such a legend.

When the train arrived at the station, Laal Singh also got off, where he was waiting for Rupa, who had returned again. The two returned hand in hand as teenagers and spent a sweet time together before Rupa died of illness.

It is easy to see that ‘Laal Singh Chaddha’ is a typical remake that follows the original film.

It is reasonable to say that there is a high-quality original plot bottom, plus the usual merits of Aamir Khan’s films, abundant content, steady pace, acting in place, so why would it flop so badly?

On the one hand, religious reasons, the film’s criticism of religious extremism in India has sparked the discontent of many Hindus.

In 2014, his film ‘PK’ was boycotted by Hindus before it was released because it exposed religious tensions in India.

This time the film presents a more complete picture of the long-standing conflict between India’s multiple religions : 1984, the anti-Sikh pogrom; 1992, the forced demolition of Babri Masjid by Hindu extremist groups; 2008, the terrorist attacks in Mumbai, which was later made into a film ‘Hotel Mumbai’; 2011 The Mumbai 7.13 serial bombings in 2011.

All of these incidents were caused by religious conflicts, which led to the death of many innocent people.

In addition to mentioning these real historical events, Aamir Khan also puts his thoughts on religion into many details of the film.

For example, during college, every time there was a religious conflict, his mother had to call and warn him not to go out:  “Because there’s malaria going on outside.”

Later, when companion Muhammad asked him, “Why do you never pray.” Laal Singh, in turn, replied, “My mother says that religion is the culprit of malaria and that God lives in the heart of every human being.”

Aamir Khan, in the words of his protagonist Laal Singh, sees India’s religious contradictions as the source of a spreading virus and strife, which is obviously a bold but dangerous statement for a country with so many believers and fanatical beliefs.

Clicking on the words on Twitter, we see that many here are religious believers with Indian flags posting boycotts.

But if the bad reviews incurred for religious reasons are just the malicious attacks of certain groups. Then the other bad review the movie suffered is the inescapable plagiarism issue.

The film from the setting of the characters, the composition of the picture, and the editing point are the original “copy” of the original work .

For example, the most typical shot of the original is the male protagonist running, and the feather floating in the air to symbolize the ups and downs of life, even Aamir Khan himself, almost the entire imitation of ‘Forrest Gump’ in Tom Hanks’ performance:.

But the original copy is no longer wonderful, but also inevitably make people aesthetically tired. It is no wonder that the netizens do not rate the film highly.

Of course, this ‘Laal Singh Chaddha’ is not as useless as the Indian netizens commented.

With Laal Singh’s tireless running in India, taking the audience to know the Indian mountains, rivers and seas, customs and people once again; and a number of famous actors also contributed to the whole process of quite a wonderful performance.

Aamir Khan’s performance as Laal Singh is not much of a breakthrough, but the overall characterization is very fulfilling. The character is still the same minor character that Aamir Khan has always portrayed, often just a bystander in big historical events, similar to but different from the American Forrest Gump.

The film is filled with a lot of presentation of the current situation in India, thinking, also makes the film from the essence of the ‘Forrest Gump’ “American Dream” is very different, in some ways, called a qualified adaptation.

It’s never easy to adapt a global film classic, but Aamir Khan is to be commended for wanting to do it and putting in the effort to do it.

But his heart, the people of India did not fully feel, and also rose up to resist, really let people feel. 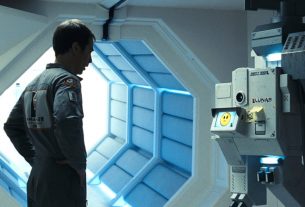 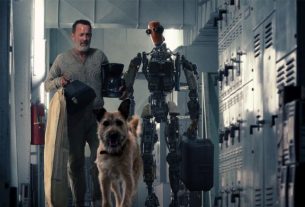 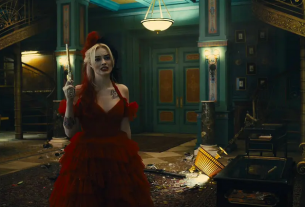