IGN today released a video comparing the footage of the Indian film ‘Laal Singh Chaddha‎’ and the 1998 film ‘Forrest Gump’.

Starring Aamir Khan, ‘Laal Singh Chaddha’ is a remake of Tom Hanks’ 1998 ‘Forrest Gump’ (which was adapted from the 1986 novel of the same name by Winston Groom), and the plot is designed to show the historical changes in India.

The film has been in project for many years: Aamir Khan announced in 2018 that he bought the ‘Forrest Gump’ remake rights and started shooting at the end of October 2019, but it was postponed several times after 2020 due to the epidemic, and now it is confirmed that it will be officially released on August 11 this year.

Related Post: ‘Laal Singh Chaddha‎’ Review: Why is Aamir Khan’s film, which took a decade to remake, being scolded on Twitter? 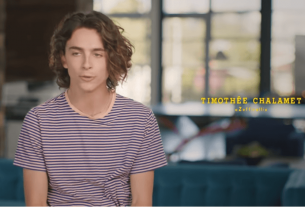