The film successfully blended many familiar popular elements, such as “Ready Player One”, “The Truman Show”, Marvel series, “GTA”, etc.

But no matter in terms of innovation or ideological level, “Free Guy” can’t stand up to scrutiny.

Of course some people would say that one cannot demand more of a popcorn movie, but “Free Guy” as a narrative model still has analytical significance.

The main idea of ​​”Free Guy” is that the protagonist Guy experienced self-awakening and realized that he was an NPC in the slaughter game.

He helped the goddess save the game world and got evidence of plagiarism by bad guys.

In the end, Guy led all the NPCs, migrated to a new free and peaceful game, and lived a happy life with good friends.

Behind the seemingly family carnival ending is Guy’s love tragedy.

Guy in the game has super powers that can’t be disconnected and the sense of freedom given by AI algorithms.

He was entrusted with the important task of saving the world, which is a common superhero in Hollywood movies.

When the bad guys fall, players and NPCs are moved to a new game in Peace and Ning. The awakened superhero claims to be a love letter from another male lead developer to the goddess.

As a result, Guy loses the subjectivity and superpower of love, and becomes a tool of mankind.

No wonder some viewers left a message: “Most people are moved by the real male and female protagonists, but I am the only one who feels sorry for Guy.”

The divide between reality and virtuality is still difficult to break.

Related Post: Do you see these eggs in “Free Guy”?

1.The biggest bug of “Free Guy”

The first meaning of Free Guy is the road to awakening of the protagonist Guy, and the second meaning combines the meaning of Guy itself, and it can also refer to the self-discovery of each of us.

The obvious story of the movie is that the protagonist Guy calls to lead all the NPCs in the Freedom City to victory.

He helped the goddess Millie get key factual evidence and defeated the villain-the boss of the game company Antoine.

Finally, Guy led all NPCs and players to migrate to a truly free new game.

The B-side story is Guy’s road to awakening as a game NPC.

Guy was awakened by his AI consciousness due to love and fell into confusion when he realized that he did not actually exist.

In the end, he found the meaning of life through a friend’s order, that is, to live in the present.

In reality, the partners Millie and Keys were also instructed by Guy and Cicada gave them a hand, and they were together.

“I don’t know whether the world is real or not, but I know that I am happy and enjoyable with my good friends now. This is the most important thing.” Buddy said. As a result, the male protagonist’s heart knot is untied and the film can be advanced. .

Putting aside the discussion of the authenticity of the world, this film attempts to flatten the film, the game and the reality into one dimension for discussion.

Finally came to the conclusion: happiness and enjoyment are the most important.

Therefore, under the premise of enjoying priority, there are almost no painful moments in the whole film.

Aircraft bombing, artillery shooting, and fading glass plank roads are all designed to meet this premise.

The audience doesn’t even need to use their brains, the movie ends under the bombardment of various stingers.

Finally, the audience and the protagonist wander in the ocean of Free.

Free comes at a price. In addition to the movie, the audience pays the price of the movie ticket.

In the movie, Guy paid unselfishness beyond the reach of ordinary people.

At the end of the movie, Guy told Millie that he was just a love letter from another developer, Keys.

The preferences set by Guy are all AI codes set by Keys based on the heroine as the prototype.

That’s why Guy and Millie are so in sync, that’s why they fall in love and awaken consciousness at first sight.

Guy admits that he is a teaser and gave up on love, perhaps because he has evolved into a new emotion of “knowledge” (love is the unique self in the eyes of the other party, once it is not unique, love ceases to exist).

Or maybe it was just the screenwriter’s creator who asked him to do this-because Guy didn’t show pain when they broke up.

Guy admits that he is a tool (people are the purpose, not a tool), and has completely denied the attribute of Free, so this is the biggest bug in the whole film.

Guy has never really been Free from start to finish.

Just like the Last man in the words of Friedrich Wilhelm Nietzsche, life has no ambitions other than “poor comfort” and “soft happiness”.

Guy, the bank teller played by Ryan Reynolds, has no ties, no religion, no generation, and even no professional identity in the end, so he is completely free.

If the first meaning is confirmed, then the second is self-evidently falsified.

Free Guy can only happen in the game, and there is a price to pay, it is not universal-the so-called “live in the moment” is just a bowl of bad chicken soup.

2.Relying on NPC to save the world, humans lose their endogenous power

In a science fiction movie sequence with non-human protagonists, the analogy to “Free Guy” is not “Ready Player One”, but “Blade Runner 2049”.

Guy, the NPC character, helps the goddess get evidence, and saves the world semi-consciously.

The clone K was looking for his own life experience and passively accepted the task of resistance.

In K, the contradiction between human and non-human is maximized, which is precisely where the tragedy lies.

And Guy is not entrusted with the mission of becoming or surpassing people, he only exists in a game.

The fate of the two is the same: working hard to save mankind, charging into the battlefield, can only be reduced to a corner, and do not enjoy the final fruit.

Self-awakening-saving the world-embracing beautiful people, this is the usual routine of Hollywood superheroes.

Guy’s difference is that the third step is missing.

In “Free Guy”, the protagonist Guy has super powers because he is awakened by the AI ​​algorithm and stays connected, and he is entrusted with the important task of saving the world.

At the end, Guy voluntarily gave up and admitted his tool attributes, and returned to before his self-awakening, which no longer poses a threat to mankind.

From “Free Guy”, “Blade Runner 2049”, “Elle”, or Kazuo Ishiguro’s new work “Klara and the Sun”, the rescuers of people are handed over to NPCs or cyborgs without exception.

Behind this pessimistic setting, it shows that people have lost the ability to narrate inwardly or repair themselves.

Humans do not have the ability to save themselves, and give hope and risks to non-humans, but do not allow them to possess human emotions and the fruits of war.

This is where the film’s creator or the person himself is so cunning.

“Free Guy” is a movie that you can enjoy without thinking about it, mobilizing emotions, or understanding the background.

As long as you pay the ticket price and time, even if you don’t play games or watch movies, you can easily blend into the laughter of the theater.

“Free Guy” costs $125 million and is full of popular symbols from games and movies.

Star Wars, Marvel, Street Tour, Battle Royale… It’s like a weekend bazaar, with a dazzling array of everything.

The last thing you need to watch this type of movie is your brain.

Because as soon as you use your brain, you will find that just like the blue sky and white clouds under the concrete floor of Liberty City in the movie, the whole film is an unrealistic castle in the sky.

“Free Guy” fully embraces the entertainment of the movie, ignores the artistry, and runs wildly on the road of national entertainment.

Gone are the days of the golden age of Hollywood.

The film has become a cultural product of spectacle.

At the climax of “Last Minute Rescue”, in the Indian slums by the railway, the yellow race crowded in Chinese restaurants…

The whole world is paying attention to whether the male protagonist Guy can cross the bridge of crossing made by code.

And behind this, there is nothing but Hollywood’s self-improvement.

Regardless of whether such a phenomenal game is born.

Even if there is, its setting of treating players as idiots will quickly slap the game company.

The hidden code of “Free Guy”, the “Ready Player One” car is driving backwards. If it happens in the real world, it will be cracked by the player within a day.

So this is just Hollywood wishful thinking and self-indulgence.

The movie cannot see the fact that the world is splitting and being impacted by streaming media, creating a hypothetical scenario that no longer exists in reality and logic.

The film creator will not fail to see the absurdity behind this setting.

The reason why they knowingly committed the crime is probably to take care of the box office of the global film market.

And “Ready Player One” and “Free Guy” both tried to give a politically correct explanation at the end: to be present, only love in reality is the most important.

“Ready Player One” shuts down the game for maintenance on Tuesday and Thursday, and “Free Guy” allows players and NPCs to live in a utopian paradise.

They seem to make people feel that competitive games are no longer human favorites, and that human nature is comfortable and peaceful rather than struggle and comparison.

However, the reality is just like the “data, data, data” mentioned by the villain Antoine, games and movies inevitably take data as the first consideration.

In order to find the greatest common divisor, “Free Guy” will try to include all the popular consumer symbols and release them in a joke that appears once in tens of seconds.

These symbols, called stingers, are fragmented and fragmented, and cannot achieve a superposition effect.

As a result, “Free Guy” has become a visual and symbolic spectacle. Once the weak plot line is drawn, it will immediately collapse.

In fact, it is not only Hollywood, but traditional art forms are inevitably headed for defeat in the face of shocks.

Just as it was written in “From Dawn to Decadence: 500 years of Western Cultrue Life”: In a world where people don’t care about each other and are rude, people who are struggling with their lives will be satisfied as soon as they have needs. It seems It is to reward yourself through self-indulgent pampering.

This indulgence is actually just an extension of the habit of liberation.

Many things that curb and hinder desire have been eliminated. New laws and new standards have cleared away legal and normative obstacles, and science-backed technologies have removed natural obstacles.

Indulgence and tolerance actually come from the fruits of welfare and the power to enjoy it at the push of a button.

At the end of “Free Guy”, lovers and friends both crossed the traffic and came to the middle of the road, hugging and facing the possibility of being hit at any time.

Isn’t this a metaphor for people nowadays, love and friendship have to overcome the flood of information to meet each other, and face the risk of dispersing at any time.

This may be the most thought-provoking stinger of “Free Guy”. 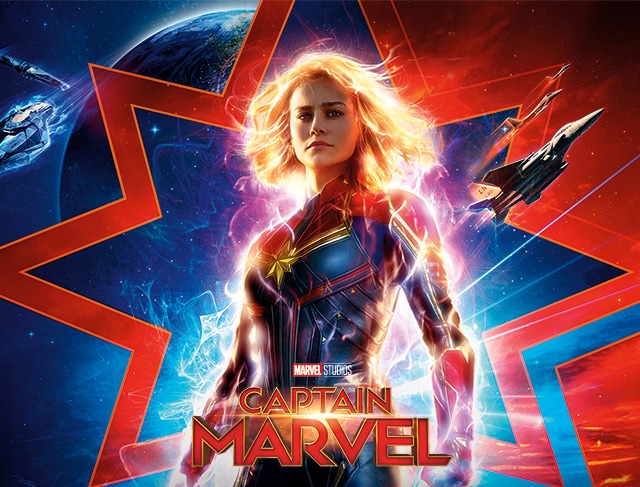 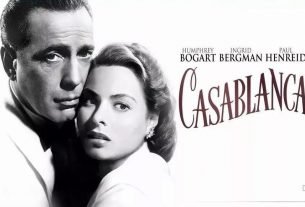 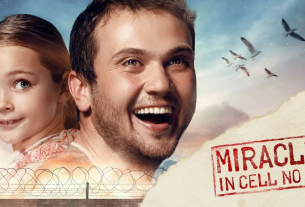