Today’s title is not exaggerated. Without the movie “Bonnie and Clyde”, there would be no Hollywood as it is today.

Maybe American movies and even the movies of the century are still stuck in the ancient classic Hollywood aesthetic era.

Then they spread traditional and backward values, and used blunt routines to show the heroic characters.

In academia and movie fandom, this old 1967 movie has long been a god.

It was “Bonnie and Clyde” that broke the traditional Hollywood aesthetic system and saved the sluggish film market at that time.

Then it brings a brand new aesthetic system into the world of film.

The story takes place in the United States in the 1930s.

At that time, the United States was in the era of the Great Depression of 1929-1933, and there was a huge gap between the rich and the poor.

The poor have no food and clothing, while the rich merchants are wealthy, extravagant and wasteful. The people at the bottom have grievances but can’t do anything.

The encounter between Bonnie and Clyde is very dramatic, but also very romantic.

Bonnie wanders naked in her home, worrying about the distress of life and the gloominess of her career.

Standing naked by the window, she saw a man sneaking around her car.

Clyde is a thief. He is attacking the car Bonnie’s mother left for her.

Bonnie stopped him loudly, eyes facing each other, and a flame was ignited in both of them.

She dressed up and came to him. He said that he was a Jiangyang thief who specializes in robbing houses.

Clyde also said that he had been serving a sentence in prison and had cut off his two toes in order to escape work and rest.

The story Clyde told made Bonnie very excited. She seemed to have found her goal in life-to follow the man in front of her to take risks.

Bonnie fell in love with Clyde after just a walk, and the other side did the same.

They were drinking coke on the street.

Then Clyde showed her her gun, and Bonnie held it in a imaginative motion.

This was an extremely bold sexual suggestion in Hollywood at the time.

Whether it’s a Coke bottle or a gun, at this time they are incarnate into the most secret part of Clyde’s body.

Bonnie’s adoration of him has changed from curiosity about his experience to a desire for sex.

Later, in order to prove his courage and the identity of a thief, Clyde randomly robbed a store on the street and jumped into a car that he did not belong to.

The two galloped away laughing loudly.

After the adrenaline soars, there are always some crazier actions to vent.

Bonnie sat on Clyde’s lap, and the two kissed frantically. Bonnie was about to take off her clothes. Clyde stopped the shock at the critical moment.

He got out of the car to calm down, and then said to Bonnie, “I’m not a good lover.”

Yes, Clyde is dysfunctional, and he can’t bring Bonnie’s physical pleasure. Either this time or every time afterwards they want to get close.

Later, Clyde accidentally killed someone and changed from a robber to a murderer.

In order not to disturb Bonnie, he asked Bonnie to leave him.

Bonnie refused, and she would accompany him no matter the ends of the world, birth, old age, sickness or death.

Clyde was very moved, and the two kissed again in the escape cabin.

But she feels that she has no charm to attract Clyde, the dignity of women has been insulted, and she is more worried about her future physical pleasure.

Clyde confessed to her, and Bonnie accepted.

She loves this person, not the lingering physicality.

Bonnie and Clyde’s love is non-sexual, so it appears more pure.

They are pure souls, like two pieces in a jigsaw puzzle.

Bonnie and Clyde also have no sex. The excess adrenaline can only be released by more exciting theft, robbery, murder, and escape.

What they like most is the state of being near death when being chased. This orgasm experience makes them more addicted than sex.

However, when his brother died and his sister-in-law was arrested, and Bonnie and Clyde became well-known “male and female thieves”, Clyde’s obstacle was finally healed.

He and Bonnie have become legends, but they have gained peace of life and a short but rare ordinary life.

They fantasize about washing their hands in the golden basin, retreating to the world, and going to a state that is not wanted, staying incognito…

It is true that Bonnie and Clyde are thieves in the traditional sense. They specialize in robbing banks, killing police, and doing nothing.

But the instigator of everything is the insensitivity, cold-blooded and cruel of the wealthy class, upper class society.

Clyde first committed the crime because of the economic situation of the Great Depression, and he had to take risks in order to survive.

Bonnie and Clyde started robbery because they lived in a dilapidated wooden house when they fled.

The owner of the house was originally an honest farmer. During the Great Depression, the family went bankrupt. The bank took the house and drove away the family.

They think this family is too pitiful, they hate the bank’s ugly mercenary face.

Together with the owner, they fired a few shots at the cabin, smashed the bank’s signboard, and vowed to rob all the banks.

In the film, he can see his gun hand trembling, and he can also hear his throat broken because of nervousness and fear.

It wasn’t until later that Clyde was familiar with the road.

Although they are called thieves, wanted, and hunted down, Bonnie and Clyde have always maintained the goodness of human nature.

The evil they do is against the rules and the environment.

When Clyde robbed the store, he was fiercely resisted by the owner.

He asked Bonnie very suspiciously, “I didn’t want to hurt him, I just want to get some food, why does he want to kill me”.

It can be seen that in the values ​​of Clyde and Bonnie, robbery is not evil, it is hurting people.

Their behavior was just to live, and they never thought of hurting people.

After the first murder, Clyde, Bonnie and his younger brother C.W. Moss sat in the cinema.

Clyde was restless, he felt guilty and sad for his missed murder, and blamed Moss for not coming to pick them up in time.

When they were chased by the police, they didn’t hurt the Texas Mounted Policeman. Instead, they took a few group photos.

They want to send it to the newspaper to tell people that they are amiable people, not wicked criminals.

When they robbed the bank with their brother, Clyde asked a farmer whether the money in front of him was his own or the bank.

The farmer said it was his own, and Clyde said: “Then you keep it.”

The police, as the opposite, showed cunning under the rules.

When there is a case that cannot be solved, or there is a robbery without the criminal being caught, they will say that Bonnie and Clyde did it.

Even though they were thousands of miles away at the time, they were still charged with various unreasonable charges.

So, what is good and what is evil?

The appearance of “Bonnie and Clyde” is epoch-making.

In the 1960s, the entire film industry and filmmakers remained silent.

Coupled with the rapid rise of the French New Wave movement, the pattern of world cinema is undergoing a huge reshuffle.

The glory of Hollywood is long gone, and only the stereotyped and boring commercial movies are barely maintained.

The appearance of “Bonnie and Clyde” is a subversion of previous values.

It selects non-heroic characters for an unprecedented time, and uses real criminals in real life as the protagonists of the film.

In narrative, “Bonnie and Clyde” breaks through causality to convey the ideology of resisting the environment and resisting injustice.

It was also from this film that the American film broke the form of a happy ending, and allowed tragedies to enter the field of film art.

Bonnie and Clyde finally died under the guns, extremely abruptly.

At the end of the film, many viewers still stayed in the shock of the death of both male and female robbers, too late to react.

“Bonnie and Clyde” breaks through the routine filming mode of “starting, inheriting and turning together”.

It allows American-style “authorism” thinking (emphasizing the personal style of the film creation director, rather than the studio and assembly line shooting) into Hollywood movies.

Therefore, in academia, “Bonnie and Clyde” is regarded as the pioneering work of “New Hollywood Film”. 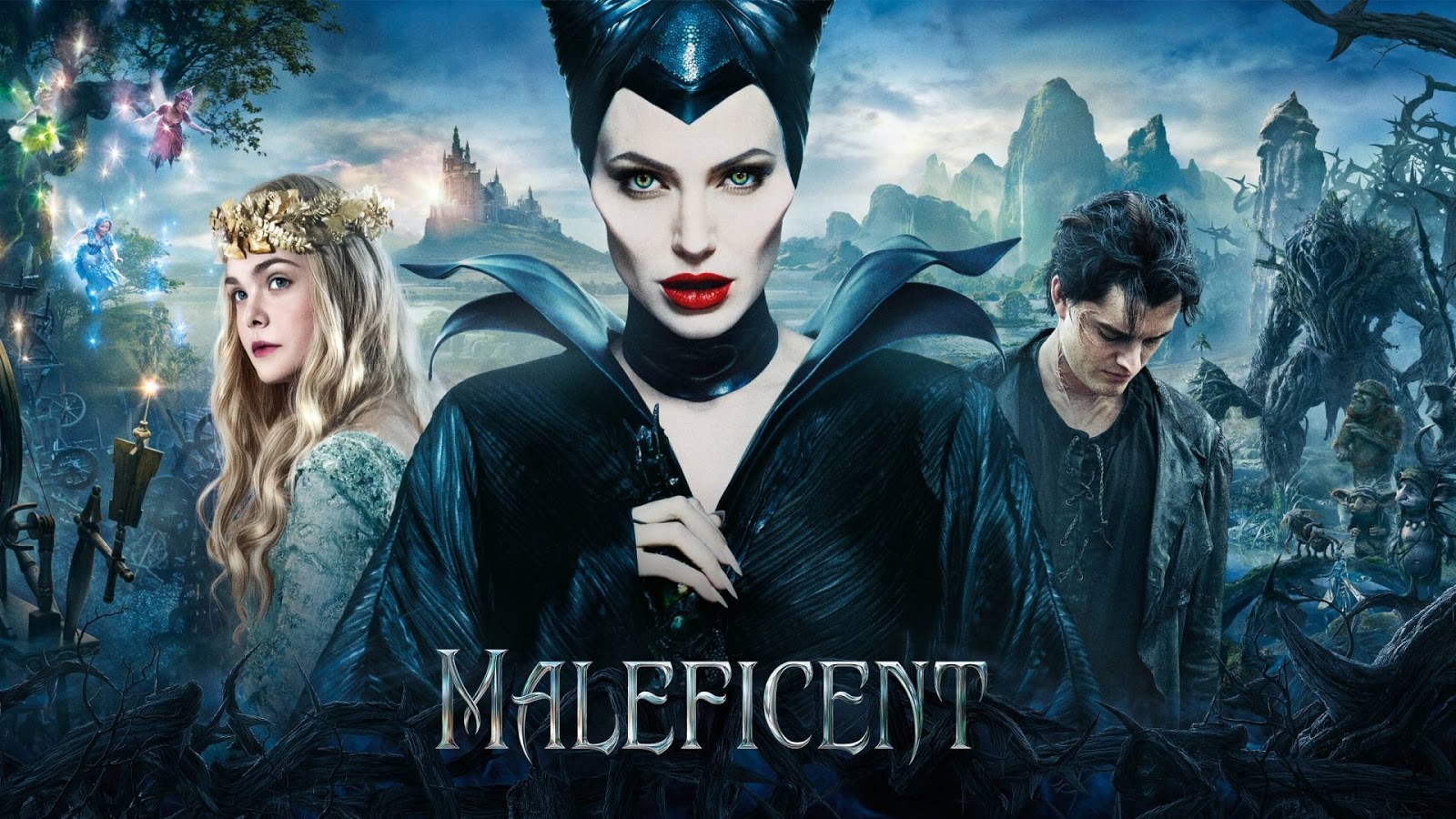