In 2019, after multiple rounds of bidding, Netflix won the copyright to the musical adaptation of the film “Tick, Tick… Boom!”.

The whole trailer is full of musicals, which highlights the image of a young man working hard in the field of musicals.

The music and dance in the trailer are full of texture and high-level sense, and there is no sense of barriers like the previous Hollywood musicals.

It is worth mentioning that “Tick, Tick… Boom!” is the directorial debut of the Broadway talent Lin-Manuel Miranda.

“Tick, Tick… Boom!” is adapted from the autobiographical play of the same name by the famous musical creator Jonathan Larson (“Rent”).

In 1996, Larson died tragically half a day before the first preview of “Rent” due to aortic dissection caused by Marfan’s syndrome. He failed to witness the drama’s popularity thereafter.

The late he also won a Tony Award and a Pulitzer Prize for this play.

Jon worked as a restaurant waiter in New York in the 1990s while working hard to write the script of “Superbia”.

He hopes that his creation will become the next outstanding American musical, and he will stand out from then on.

Outside of work, Jon also feels pressure from his girlfriend Susan.

Jon’s career ambitions have been slow to improve, and Susan’s life has stagnated as a result, and she is tired of it.

At the same time, his close friend and roommate Michael has given up his creative ambitions and embraced the high-paying advertising job on Madison Avenue, and plans to move out in the near future.

Jon, who is about to celebrate his 30th birthday, is full of anxiety. He can’t help but wonder: Is his dream worth all of this sacrifice?

According to the plan, “Tick, Tick… Boom!” will be launched on a small scale in theaters on November 12, and then on Netflix on November 19.

Related Post: “Tick, Tick…Boom!” premiered at the AFI Film Festival, and Andrew Garfield made his debut. 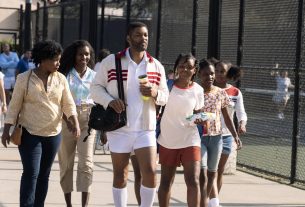 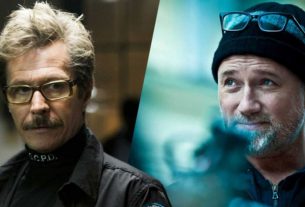