“Ghostbusters: Afterlife” tells the story of this family of three who moved to a small town in Oklahoma, but inexplicably connected with the original Ghostbusters.

“Ghostbusters: Afterlife”, originally scheduled to be released in July 2020, has been postponed to November 11 this year.

A TV commercial for the 1984 version of “Ghostbusters” appeared in the trailer. It is obvious that the little girl played by Mckenna Grace is the offspring of these old players.

The children picked up the old ghost hunting equipment, and a new action began!

The original two “Ghostbusters” were once one of the most successful comedies in the 1980s, directed by Ivan Reitman, the father of the new director Jason Reitman.

This time director Jason Reitman can be said to have inherited his father’s career.

“Ghostbusters: Afterlife” will be released on November 11 this year. “365 Days: This Day”‎releases Official Trailer, it will be online on April 27 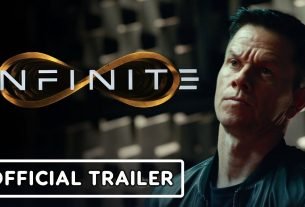