“We have so much to say, and we shall never say it,” reads a quote in the trailer for Netflix’s upcoming World War I drama ‘All Quiet on the Western Front‎’ . It’s an excerpt from Erich Maria Remarque’s 1929 anti-war novel of the same name, which serves as the source material for the film.

The story centers around a young German soldier named Paul Bäumer (played by Felix Kammerer) who lies about his age so he can enlist alongside his friends, all of whom share romanticized ideals about the war.

As the trailer depicts, Bäumer is quickly thrown into the trenches with little training or equipment and subjected to the bleak conditions of the Western Front.

To make things worse, the German government seems unwilling to accept the reality of its losing cause despite the urging of a ceasefire from Centre Party politician Matthias Erzberger (Daniel Brühl).

“My mother didn’t want me to go to war,” Bäumer admits. “I wanted to show them I could do it.” Later on, however, he’s told by a dying comrade that he has to be brave “for those who didn’t make it.”

“Paul and his comrades experience first-hand how the initial euphoria of war turns into desperation and fear as they fight for their lives, and each other, in the trenches.”

Remarque’s novel was first adapted into Lewis Milestone’s 1930 Academy Award-winning film starring Lew Ayres, one of the best war movies ever made. Netflix’s film is the first German-made adaptation of the book.

All Quiet on the Western Front premieres on October 28th on Netflix.

Related Post: New version of ‘All Quiet on the Western Front‎’ released Official Teaser and Poster, the film will be available on Netflix on October 28. 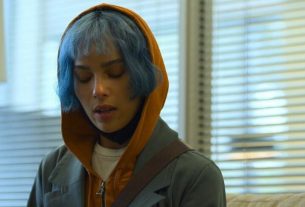 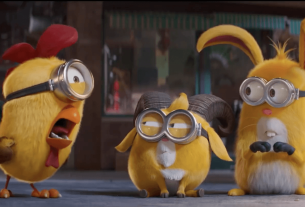 “Minions: The Rise of Gru” exposure preview, it is scheduled to be released in the summer of 2022