Watch the trailer for Hollywood Stargirl now and stream the movie June 3 on DisneyPlus.

Disney’s “Hollywood Stargirl” is a sequel to the 2020 Disney+ film about free spirit Stargirl Caraway (Grace VanderWaal), a silver-voiced teenager whose simple acts of kindness work magic in the lives of others.

The upcoming film follows Stargirl’s journey out of Mica, Arizona and into a bigger world of music, dreams and possibilities.

When her mother Ana (Judy Greer) is hired as the costume designer on a movie, they relocate to L.A., where Stargirl quickly becomes involved with an eclectic assortment of characters.

Returning as Stargirl, VanderWaal performs the original song “Figure It Out” she wrote for the film. 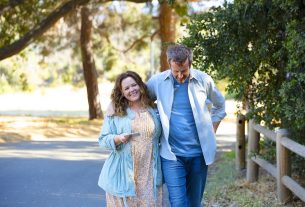 “The Starling”: A couple lost their children, and a starling “healed” them