‘Disenchanted‎’ released the first trailer and poster, the return of Princess Giselle, fairy tales, magic and singing and dancing after many years, and the story begins again.

The first, released in 2007, tells the story of Princess Giselle, who was banished to modern New York by the evil queen on the eve of her marriage to Prince Edward, and met lawyer Robert, and the two fell in love.

It has been 15 years since Giselle (Amy Adams) and Robert (Patrick Dempsey) wed, but Giselle has grown disillusioned with life in the city, so they move their growing family to the sleepy suburban community of Monroeville in search of a more fairy tale life.

Unfortunately, it isn’t the quick fix she had hoped for. Suburbia has a whole new set of rules and a local queen bee, Malvina Monroe (Maya Rudolph), who makes Giselle feel more out of place than ever.

Frustrated that her happily ever after hasn’t been so easy to find, she turns to the magic of Andalasia for help, accidentally transforming the entire town into a real-life fairy tale and placing her family’s future happiness in jeopardy.

Now, Giselle is in a race against time to reverse the spell and determine what happily ever after truly means to her and her family.

Directed by Adam Shankman from a screenplay by Brigitte Hales and a story by J. David Stem & David N. Weiss and Richard LaGravenese, “Disenchanted” is produced by Barry Josephson, Barry Sonnenfeld, and Amy Adams, with Jo Burn, Sunil Perkash, and Adam Shankman serving as executive producers. 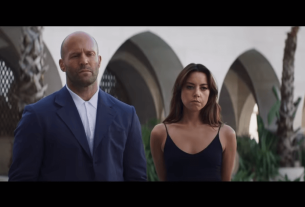 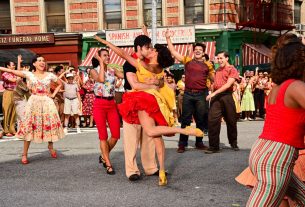