Disney’s ‘Peter Pan’ new movie ‘Peter Pan & Wendy‎’ released a poster and set sail again to neverland. It will be launched on Disney+ next year.

The poster, revealed at Disney’s D23 Expo, features Captain Hook’s iconic pirate ship as it sails through the clouds, likely approaching Neverland, a magical place where children never have to grow up.

The glow of the sun radiating against the silhouettes of the film’s characters provides a magical image that can remind die-hard Disney fans about the classic story they grew up with.

Upon closer inspection, fans can see Peter Pan himself, played by Alexander Molony, as he flies in the air with the Darling children.

Alongside the beautiful imagery provided by the poster, it also confirms a 2023 release, meaning fans won’t have to wait too long to see the animated film brought to life. While the poster doesn’t offer much new information about the film, it will likely follow the familiar beats of the original story.

However, with Wendy now present in the film’s title, she will likely play a larger role in the story compared to past renditions.

Peter Pan & Wendy will be directed by David Lowery, who previously helmed Disney’s Pete’s Dragon remake, which was well received by critics.

The film will star Jude Law as the iconic Disney villain, Captain Hook, alongside Ever Anderson as Wendy Darling. Yara Shahidi of Grown-ish will appear in the film as Tinker Bell, who remains one of the most iconic characters in the Disney Canon. Joshua Pickering and Jacobi Jupe will play Wendy’s siblings, John and Michael Darling respectively.

The film comes in a recent trend of adapting classic animated features in the realm of live-action with the most recent example being Pinocchio, which debuted on Disney+ this week.

Similar to Pinocchio, Peter Pan & Wendy will skip a traditional theatrical release and debut on the streaming platform for fans to watch in the comfort of their own home.

Alongside the eventual release of the film, Disney will also be adapting The Little Mermaid into live-action, starring Halle Bailey as Ariel, and is set to splash into theaters on May 26, 2023.

Following that, a Snow White remake starring West Side Story’s Rachel Zegler and Gal Gadot (Wonder Woman) is also in the works.

With several live-action remakes still on the way, it appears fans will still be seeing new renditions of their childhood classic for the next few years. 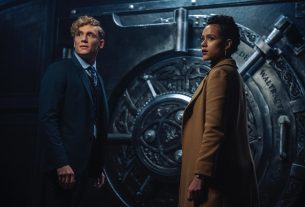 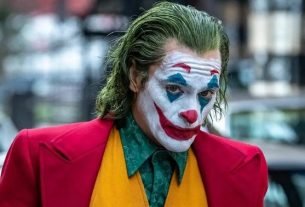 DC “Joker 2” is already in development