The second season of the Netflix thriller is about to drop, so in preparation, here’s a handy reminder of everything that happened first time around.

Underwood is not very nice: at first you think Frank (Kevin Spacey) is just a bit of a Machiavellian old devil, playing senators and congressman off one another with a dash of twisted southern charm. But then he ups it a level. He deliberately arranges for a brick to be chucked through his own window, sets up and fires his not very bright bodyguard and goads Marty Spinella, the head lobbyist for the teacher’s union, into punching him in the face, all just to get an education bill passed. And then he goes and murders poor old Peter Russo (Corey Stoll), the troubled congressman whose loyalty Underwood has been cheerfully abusing to further his own means. By gassing him to death in his own car. There’s upping it a level, and there’s this. Watch out Zoe Barnes.

Oh, and Underwood might be gay. Episode eight reunites him with his college buddies, and it emerges that he was once in love with one of them, Tim Corbet. The scenes between the two are surprisingly sincere – it is perhaps the only time Underwood isn’t desperately scheming and doesn’t seem to have the upper hand. “You meant something to me,” Underwood tells Corbet. The tenderness is such a contrast to his description of his affection for wife Claire: “I love her more than sharks love blood”. Charming. Even though Underwood’s college love affair was an interesting plot twist, I suspect it won’t be resurfacing, which is one of the pleasures of House of Cards. Unlike so many US dramas, not every aspect of the story is just for plot progression, which is why the characters feel so rich. 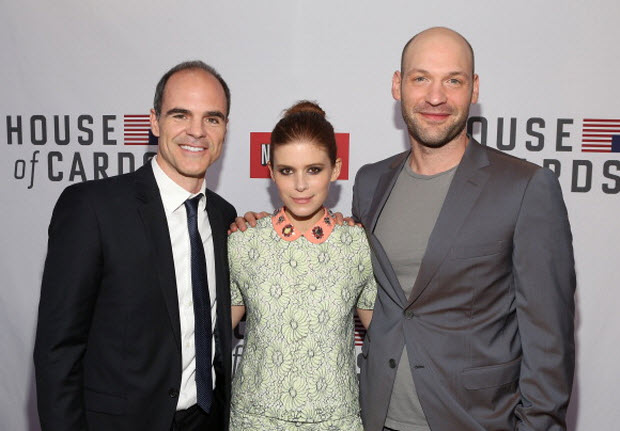 Underwood’s wife (Robin Wright, who won a Golden Globe for the role) may have some heart after all. At first, she appears to be the Lady Macbeth of DC. She is utterly unrepentant as she fires half her staff from her environmental organisation (including her oldest employee, who bitterly reminds Underwood that at her age she’ll never get a job elsewhere) and screws her husband on his Delaware River bill for her own gain. But there are telltale signs that somewhere behind that icy façade, there might be a conscience. She struggles to watch a woman in her 50s work a coffee shop till, clearly aware that this is the fate she has just sentenced her employee to. She temporarily runs off with her ex-lover, photographer Adam Galloway, because his arty world offers her a respite from the cut throat drama of politics. And at the end of season one, when faced with being sued for wrongful termination by a former employee, she visits a doctor to investigate possible fertility treatment. Perhaps she wants a legacy that isn’t just screwing people over.

Zoe Barnes (Kate Mara) has stopped shagging Underwood. She begins season one desperately trying to get herself a front-page byline with push-up bras, tight T-shirts and quickies with Underwood. She ends it teaming up with former rival hack Janine Skorsky (Constance Zimmer), on the trail of a story so big that her new love interest and fellow reporter Lucas (Sebastian Arcelus) is worried it might put her life in danger. Barnes is on the cusp of linking Underwood to Russo’s downfall, which is thankfully what puts an end to the squeamish Barnes/Underwood sex scenes. I never want to watch Underwood performing oral sex on Barnes while she is on the phone to her dad again. So wrong. I am also hoping that Barnes and Skorsky might team up with a different news site so that the name Slugline is banished from the script. Worst name for a political blog ever.

The terrifying Stamper (Michael Kelly) is Underwood’s right-hand man, and he is very scary. While Underwood is all about theatrical threats and hammy asides to the camera, Stamper is quiet, calculating and basically the real villain here. We end season one with Rachel Posner, the call girl who entrapped Russo and is the only link to Underwood, in Stamper’s care. At the moment he’s paying for her silence, but I fear that come season two, he might end up silencing her altogether.

For a leader of the free world, Walker (Michael Gill) is surprisingly slow on the uptake. Consistently two steps behind Underwood, he gets played at every turn. But he’s at his most stupid when he appoints his pal Tusk (clearly a Warren Buffett rip off) to see if Underwood is VP material. Walker and Tusk go way back, but somehow Walker doesn’t think Underwood will find that out. Underwood does, and cuts a deal with Tusk behind Walker’s back. Which makes you think that the quality the president is looking for in his VP is someone as unobservant as him.

I honestly did not realize that Netflix, the online movie giant was doing any other original programming other than rebooting my beloved Arrested Development. And damn if I am thrilled to find out that House of Cards is fresh out of the gate with a terrific Pilot episode available only on Netflix. Based on the BBC’s 1990 Miniseries, House of Cards has an excellent pedigree with Kevin Spacey and Robin Wright starring and David Fincher executive producing AND directing the first two Chapters in the series. I have always been a sucker for political dramas, mostly because I just don’t “get” politics, like at all. That is probably why I am so in awe of Washington, D.C. set TV shows like The West Wing and recent films like State of Play and classics like All the President’s Men. Washington is not a state, it is a district. And at its heart is a seedy underbelly of power brokers who can manipulate and buy their way out of anything. Ironically these are the same people who are running our country. 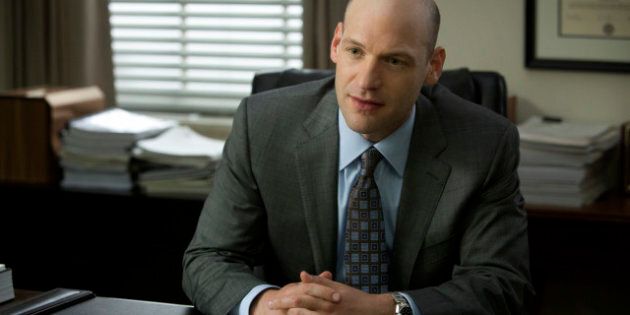 Kevin Spacey is Majority Whip Francis “Frank” Underwood, a good old boy representing the great state of South Carolina expecting to get the nod for Secretary of State from the new President Elect. One problem though; despite him assisting big time in getting the new Commander in Chief elected, the new regime has decided to go another way. Frank is furious and sets a plan in motion to do whatever he has to do to put the kaybosh on any of the new President’s plans. With his Southern Foghorn Leghorn-like drawl, Frank is a man of the people and has been in this business a long time. He knows the game and how it needs to be played in order to get what you think you deserve in American politics. While not overtly menacing when speaking to the people he is lining up to be a part of “Team Frank,” there is something very intimidating about Frank. This is Spacey at his best and he has not had this kind of a juicy role to sink his teeth into since 21, back in 2008. 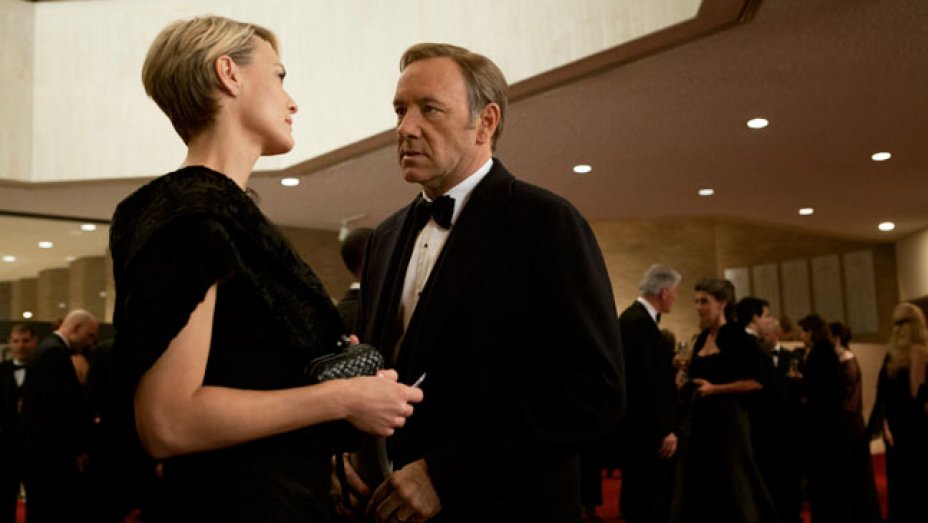 Frank’s wife Claire is played by Robin Wright, the head of a clean water initiative and just as ambitious as her husband. Wright does a solid job as a “power wife” and she had some good practice in the aforementioned State of Play in 2009. She comes off as frigid and cunning, but really she and Frank are perfect matches for each other. They are both completely in support of each other and can almost foretell what their reactions will be to certain situations. When Frank comes home and reveals to Claire that he did not get the Secretary of State nod and apologizes to her she comes back with, “My husband does not apologize. Not even to me.” These two are in sync and are like a symbiotic human being, two sides of one coin. 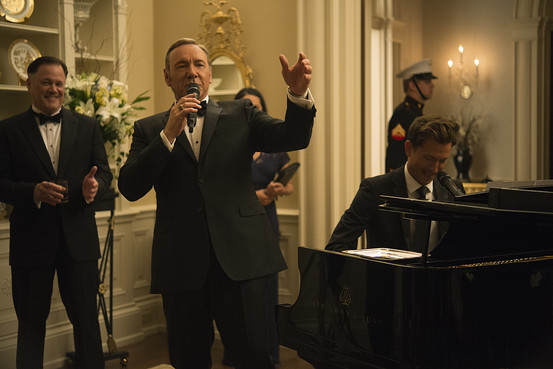 Interlaced throughout the plot that leads up to the Presidential Inauguration is The Washington Herald’s young and determined cub reporter Zoe Barnes, played with refreshed zeal by Kate Mara (Yes, Rooney Mara’s sister). She is a determined firecracker who is trying to be a 21st century reporter for a 20th century newspaper. After attending a gala function at which Frank is photographed staring at the ingénue’s tush is, Barnes has the chutzpah to go the Congressman’s brownstone in the middle of the night to strike a deal. Although adorable, sweet and green, Zoe is determined to make a name for herself and she strikes a solid deal with Frank who seems sublimely impressed with her enthusiasm to be a big part of his plan. She now has a powerful, anonymous source who is going to leak her information to coincide with his agenda. It is an absolute joy to watch her scoop the lead political reporter at the Herald. She gets the frontpage byline in the print edition of the paper and the web traffic is through the roof for the online site. 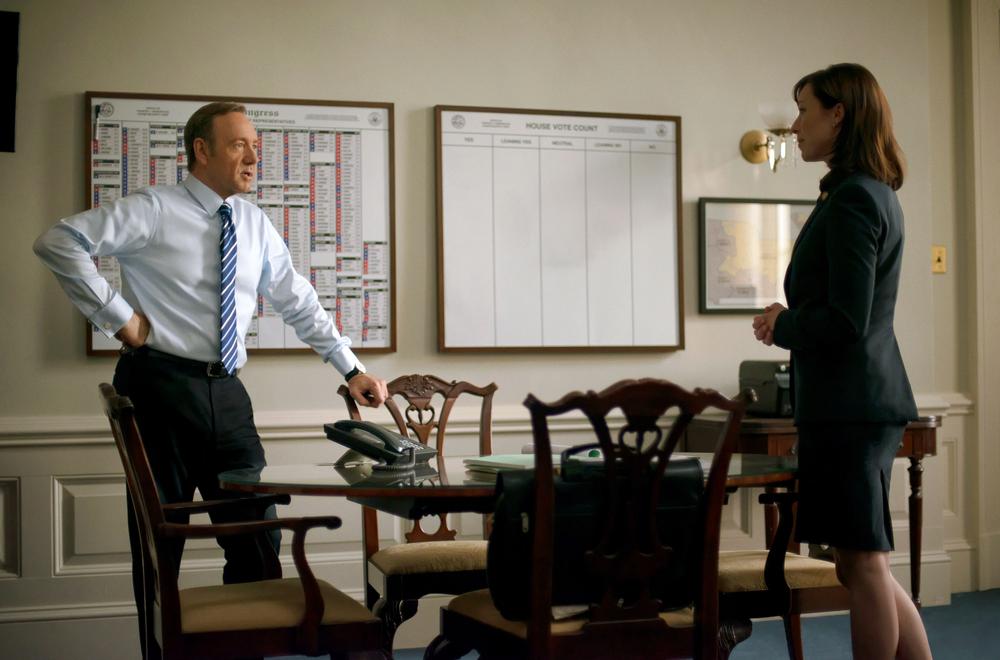 One of the things some people have been crying about, and something I absolutely love, is that Frank’s character breaks the fourth wall. That is to say just like in Ferris Bueller’s Day Off or Woody Allen’s classic riffs in Annie Hall, Frank looks at the camera and speaks to the audience. While I understand why some are put off by this device, Spacey makes it work in a personal way like he is talking only to you. Frank does not just want you to know why he is doing what he is doing, he NEEDS you to know and by breaking the wall he takes that clever trick to new heights. Spacey embodies the role and can do such a delicate dance between satire, comedy and drama that you put your trust in his Frank. You want to root for Frank and to me that is the number one imperative for any good TV show. 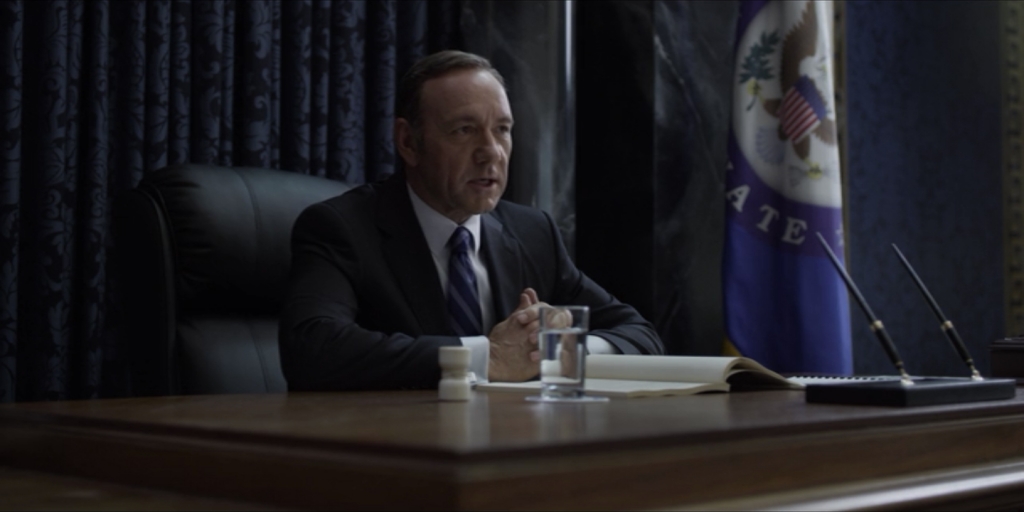 While I would call this directing style “Fincher-lite,” you still sense that it is the master craftsman at work. One thing I noticed was that when a text message was sent it shows up onscreen much like in Fight Club where they lay out all of the prices of the furniture in “The Narrator’s” apartment. And here is the kicker: Netflix is giving you the opportunity to gorge yourself on ALL 13 EPISODES immediately. There is no waiting for Chapters 2 through 13 making it, in my opinion, pretty groundbreaking. I implore most who choose to watch just one or two episodes at a time to be careful when posting on Facebook or Tweeting as I think it may take a few weeks for everyone to find their own pace. After the first episode I was tempted to immediately go and watch the next and the next and the…you get the idea. It is just that kind of show. It has an HBO feel, but it also will appeal to the 20-something politicos who started using social media in their teens. House of Cards is the new kind of appointment TV that is at your convenience and there are no worries of your DVR running out of space. It is like a 24-hour fast food joint you go to whenever you need a snack, even if it is at 4 AM. House of Cards is always available and I am loving it. 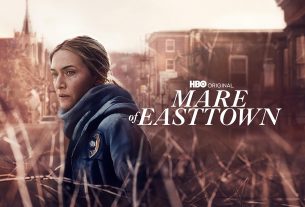 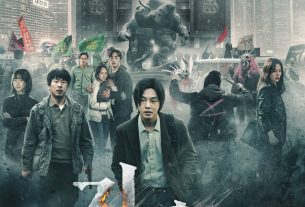