Related Post: Crime action film “The Roundup” becomes the hottest movie in Korea since the epidemic.

Related Post: “범죄도시3‎” announced that the filming has started on 7.20, and the photos of the script study scene were released. The second season of “Raised by Wolves” is on the air, and the plot is not imaginative enough, but the scenery on the alien planet is very novel “Hotel Transylvania 4” will be available for streaming in January 2022 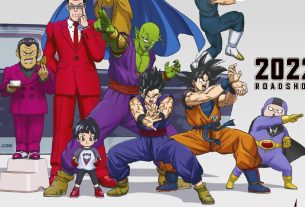