On August 29, the first poster of the thriller “Goodnight Mommy‎” was released, behind the twin actors, the “mother” with a bandaged face appeared quietly and chillingly.

‘Goodnight Mommy’ is a remake of the 2014 Austrian film of the same name, which tells the story of twin boys who find their mother coming home wrapped in bandages with a drastic change in temperament and increasingly erratic behavior.

The two young boys began to think that someone had come home impersonating their mother, and eventually a misunderstanding between mother and son led to irreparable results.

It is reported that ‘Goodnight Mommy’ will be aired online on September 16.

Related Post: The thriller “Goodnight Mommy‎” exposes a large number of stills, and the weird and absurd atmosphere is strange. 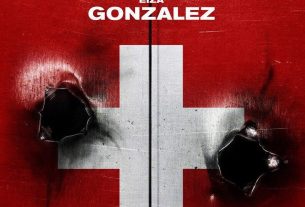 The live-action movie “xxxHOLiC‎” adapted from the manga has released the official clip!