Idris Elba starring in the thriller ‘Beast’ released behind-the-scenes footage, staged a duel between humans and lions in the wild, the film will be released in Northern America on August 19.

Elba plays Dr. Nate Samuels, a widower who has recently lost his wife and decides to take his two daughters back to South Africa, where he and his wife first met, and embark on a long-planned trip to a wildlife sanctuary managed by his longtime friend and wildlife biologist Martin Battles (Sharlto Copley).

But this journey of healing has turned into a terrible journey of survival: a giant lion that has escaped the hands of greedy and brutal poachers, who see all humans as enemies, has set its sights on them and hunts them, a beast that only wants to prove that there is only one top predator on the African savannah. 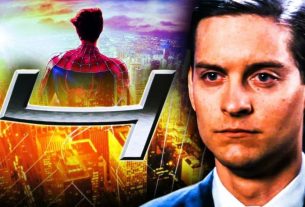 Tobey Maguire’s version of “Spider-Man 4” is expected to be resurrected, and fans around the world jointly initiate a petition MCU’s new 10-year plan is about to be announced, and Marvel leadership has officially begun planning