The film features the directorial debut of Kristin Scott Thomas and ‘Four Weddings and a Funeral’ co-star James Fleet as a married couple.

‘My Mother’s Wedding’ follows three romantically dysfunctional sisters as they try to navigate their mother’s third wedding: the three sisters return to their childhood home for a momentous weekend – twice-widowed mother Diana (Thomas) will be hosting third wedding.

The three daughters come from very different professions: Georgina (Beecham) is a conservative nurse, Victoria (Miller) is a Hollywood star, and Katherine (Johansson) is a captain in the Royal Navy.

Over the weekend, the family gathers to celebrate their new marriage, but with the assistance of an unexpected group of wedding guests, both mother and daughter are forced to re-examine the past and face the future. “Art of Incarceration”release Official Trailer, it will go live on July 3rd 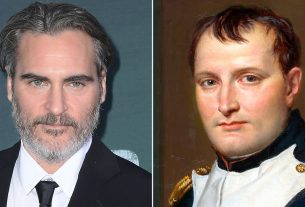 The joker joins the Alien Director’s new film to play Napoleon. After 20 years, the first collaboration after “Gladiator”