IGN shared a new clip of the Netflix live-action drama “The Witcher Season 2”. In the video, Geralt took Ciri to a familiar place-Kyle Mohan, the home base of the School of the Wolf.

“The Witcher Season 2” will be officially launched on December 17.

“The Witcher Season 2” tells that Geralt was convinced that Yennefer had been killed in the Battle of Sorden. He took Princess Ciri to the safest place he knew, his childhood hometown Kyle Mohan.

When the kings, elves, humans and demons of this continent are fighting for dominance outside the city walls, he must protect this girl from more dangerous harm-the mysterious power in her body. 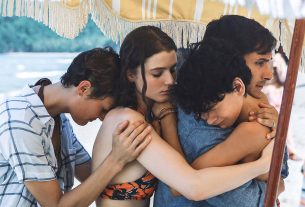