‘See How They Run’ was directed by Tom George (‘This Country’) and distributed by Searchlight.

The film tells the story of a desperate Hollywood producer in 1950s London who wants to turn a popular West End play into a movie when a member of the cast is murdered.

Related Post: Suspense film “See How They Run” reveals Official Trailer and Poster, it will be released in Northern America on September 30 in small scale. 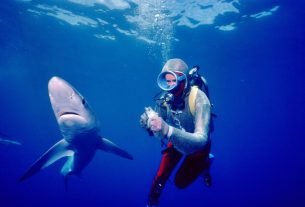 Trailer for “Playing with Sharks” revealed