Netflix’s ‘One Piece’ live-action series released a new additional CAST today, ‘the leader of the Higuma Bandits’ Higuma will be played by Tamer Burjaq, who has also appeared in ‘Dredd’, ‘The Last Post ‘, ‘The Scorpion King: Book of Souls’ and other movies. Netflix’s hit drama “The Umbrella Academy Season 3” released the official trailer, it will be online on June 22 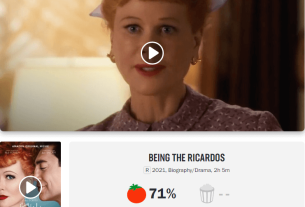 Aaron Sorkin’s new film “Being the Ricardos” lifted the word-of-mouth ban, its freshness of rotten tomatoes was 71%