Related Post: “The Batman” released a behind-the-scenes special to reveal the film’s production method of combining “virtual” and “real”.

It also surpassed “No Time to Die”‘s $761 million to become the second-highest-grossing Hollywood film since the pandemic, behind “Spider-Man: No Way Home”‘s $1.8887 billion.

“The Batman” is a superhero movie directed by Matt Reeves, starring Robert Pattinson, Zoë Kravitz, etc. It tells the story of Batman going deep into the underground world of Gotham City to investigate the truth about the murder of celebrities.

Related Post: “The Batman” sequel has officially announced the project, and the original crew will continue to cooperate! 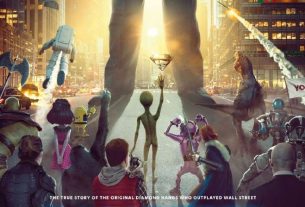 “Gamestop: Rise of the Players” Release Trailer and Poster Jennifer Connelly at the photocall of the cast of ‘Top Gun: Maverick’ at Cannes 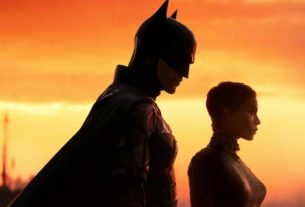 ‘The Batman’ reveals new poster, Batman and Catwoman fight side by side