The film “Sonic the Hedgehog 2” adapted from the game recently exposed new dynamics.

Actor Colleen O’Shaughnessey, who once voiced the two-tailed little fox Tars in the previous game, will return to the crew and continue to dub.

In addition to the film, she is also the voice of Tails in the game.

“Sonic the Hedgehog” series is a video game and cartoon animation series under SEGA Corporation.

In 1991, SEGA Corporation decided to abandon the original mascot to design a new mascot in order to fight against the then video game giant Nintendo.

In the end, a hedgehog named Sonic came to the fore and became the “spokesperson” of SEGA Corporation.

In the story of the sequel, Sonic gradually adapts to life on the earth, it integrates into a new family, and is trusted by mankind.

However, Knuckles and Dr. Ivo Robotnik do not want to live in peace.

As a last resort, Sonic had to return to the battlefield and fight the wicked.

The new character Knuckles is a powerful echidna with a bold personality.

For unknown reasons, Knuckles has been guarding an emerald named King Jade.

That is the only energy gem that can control the chaotic emerald runaway. Knuckles’ destiny is to guard the king emerald.

As for the main creative staff, the first director Jeff Fowler returned to direct, and Patrick Casey and Josh Miller wrote the script. 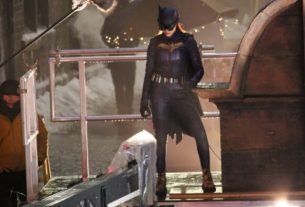