The “Shin Kamen Rider” movie, directed and written by Hideaki Anno, officially released new stills today (May 5), where Kamen Rider No. 1 and No. 2 stand together shaking hands.

Related Post: The first trailer for “Shin Kamen Rider” has been released! New dynamic for ‘Doctor Strange in the Multiverse of Madness’: Director Sam Raimi doesn’t know if the film is actually finished 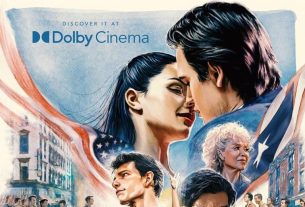 Spielberg’s “West Side Story” rating is lifted, and the film is locked in advance of the Oscar award with high scores?