Oscar Isaac confirmed that there are currently no plans for a second season of “Moon Knight,” according to Comicbook.

The incident stemmed from an official Marvel tweet about the “Series Finale” of “Moon Knight”, which was later deleted and changed to “Season Finale.” This has led to a hot search for whether “Moon Knight” will have a second season.

Unfortunately, Oscar Isaac poured cold water on various discussions about a second season, confirming that there are currently no plans for a second season of “Moon Knight”.

Comicbook goes on to point out that Isaac has only signed on for one season of filming.

Isaac said he enjoyed playing Steven Grant and Marc Spector and would love to do them again.

May El Calamawy, who plays “Moon Knight” Lyra El, and Ethan Hawke, who plays Arthur Harrow, have also expressed support for Oscar’s views and are willing to contribute to the sequel again, even if the future of “Moon Knight” is uncertain.

Ethan Hawke was previously asked if there will be a sequel to “Moon Knight‎”: “I think “Moon Knight” has its own unique story, as a limited series, if fans like the show and the response is overwhelming , maybe this show can be used as a first-of-its-kind series, whether it is a second season or added to the Marvel Universe movie.”

The show, which tells the superhero story of Marc Spector, a mercenary who was resurrected by Khonsu, was launched on Disney+ on March 30, 2022. 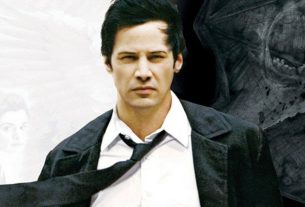