Amazon Studios is releasing an untitled new series focusing on the controversial Boeing 737 Max and the events surrounding it, starring Jeremy Strong (“Succession”) and written by Chris Terrio (“Argo‎”).

The show is fictional, and Strong plays an engineer with no specific archetype, and the story is said to “examine events related to the Boeing 737 Max and reflect multiple perspectives.”

In reality, after the crash of Lion Air Flight 610 in Indonesia and Ethiopian Airlines Flight 302 in 2019, the Boeing 737 Max model was grounded by many countries around the world in 2019, and its MCAS flight system triggered a lawsuit.

In November 2020, the Boeing 737 Max was allowed to return to service in the United States.

In January 2021, Boeing agreed to pay $2.5 billion to settle the criminal lawsuit. In April of the same year, the families of the victims of the air crash protested against the settlement and demanded that the case be reopened.

The project is in early development, with Plan B also contributing, with Strong and Terrio both serving as executive producers. 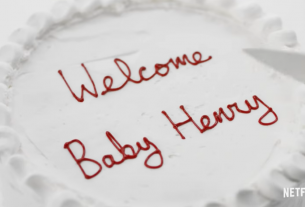 Thriller TV series “You Season 3” launched in October this year