According to media sources, Marvel Pictures Chairman Kevin Fitch confirmed that “Black Panther 2” has officially started shooting at Pinewood Studios in Atlanta, USA, and the title is set as “Black Panther: Wakanda Forever”.

“Black Panther: Wakanda Forever” is back directed by Ryan Coogler. The film is scheduled to be released in North America on July 8 next year.

Fitch revealed that in addition to the late “Black Panther” Chadwick Bosman, the other main characters in the first film are expected to return collectively. No specific casts have been announced.

In addition, Marvel said that the sequel will not re-select actors for the black panther.

There are reports that the black panther sister Princess Shuri (played by Letitia Wright) will be significantly increased to show the story of Wakanda’s characters.

Currently, the plot and the cast are kept secret.

Related Post:Fans don’t have to worry about “Black Panther 2”. 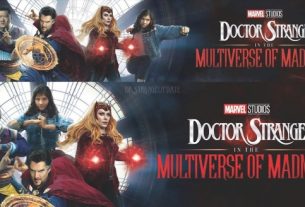