In the last weekend of April, which lacked a strong new film pull, Northern America’s box office was at its lowest point in two months.

It was Northern America’s weakest, and perhaps most lacklustre, weekend at the box office in recent two months. Except for the only new face, “Memory”, the top ten weekend box office list was similar to the previous week.

DreamWorks Pictures’ animated film “The Bad Guys”, adapted from the best-selling comic of the same name, fell 32.8% in its second weekend, but still topped the weekend box office chart with about $16.1 million.

Related Post: “Doctor Strange in the Multiverse of Madness” media screening word-of-mouth exposure: the most terrifying Marvel movie in history, with double easter eggs at the end.

“Fantastic Beasts: The Secrets of Dumbledore‎,” the third installment in the “Fantastic Beasts” series, which failed to win word of mouth, retained its No. 3 spot at the weekend box office with about $8.3 million.

However, as the number of screening theaters decreased, the box office fell by 40.7% month-on-month.

It is worth mentioning that “Everything Everywhere All at Once” starring Chinese film star Michelle Yeoh rose from the 6th place in the previous list to the 5th place in the current round with a weekend box office of about 5.54 million US dollars and a 2.2% increase, becoming the current round of Northern America. The only film in the top ten at the weekend box office to bounce back.

As the only new film to break into the top ten this round, the action thriller “Memory”, which debuted on April 29, ranked eighth on the list with about $3.1 million in its opening weekend.

The film is a remake of the 2003 Belgian film “De zaak Alzheimer‎”, starring Liam Neeson and Monica Bellucci, well-known actors over 70 who were nominated for Best Actor at the 66th Academy Awards for “Schindler’s List”. The story of a professional hitman who turns out to be a dangerous target.

The current “Memory” Rotten Tomatoes rating is only 31%.

In addition, the action-adventure fantasy film “The Northman”, which tells the revenge story of a Nordic prince in the 10th century, continued to No. 4 on the list with about $6.31 million.

The action comedy “The Unbearable Weight of Massive Talent” starring Nicolas Cage, the best actor at the 68th Academy Awards, retreated from the fifth place in the previous list to the seventh place with about $3.93 million.

The action-adventure comedy “The Lost City”, the drama “Father Stu‎” and the action sci-fi thriller “Mobius” share the rest of the top ten in turn.

For the new week, the much-anticipated “Doctor Strange in the Multiverse of Madness” hits theaters on May 6.

The plot of the film follows the superhero film “Spider-Man: No Way Home”, starring Benedict Cumberbatch, who has been nominated for two Academy Awards for Best Actor for “The Power of the Dog” and other films. It tells the story of Doctor Strange accidentally opening up the crazy diversity The story of what happens after the universe.

The industry expects that Marvel’s latest fantasy adventure will kick off the upcoming Northern America summer movie season with a bang. 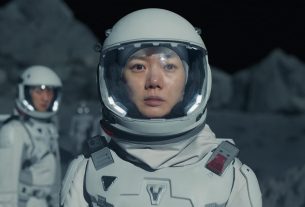 Netflix’s live-action ‘One Piece’ releases new studio images: Goat’s head on the bow of ‘Going Merry’ is too realistic